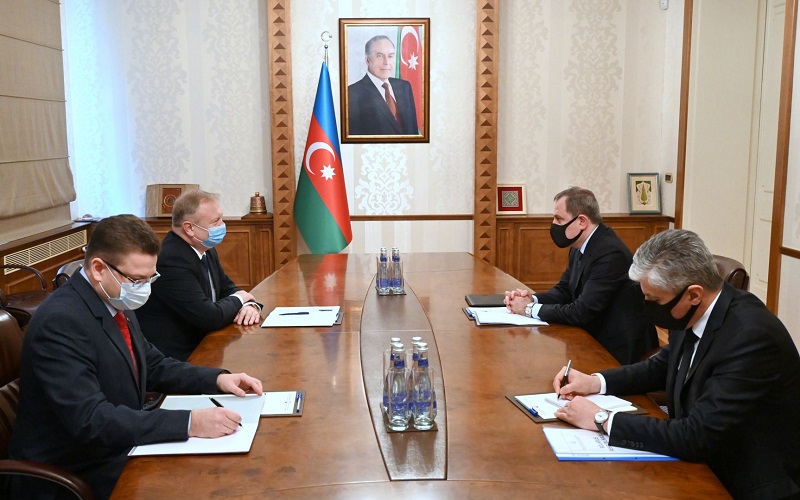 Minister Bayramov highly appreciated the diplomatic activity of the ambassador in our country, thanked him for his contribution to the development of relations between the two countries and wished him success in his future endeavors. Touching upon the historical and friendly relations between the peoples of the two countries, the minister expressed satisfaction with the high level of the strategic partnership between Azerbaijan and Belarus.

Bayramov informed the other side on the Patriotic War lasted for 44-day over the liberation of territories of Azerbaijan from Armenian occupation.

Ambassador Akhramovich expressed satisfaction with the development of relations between the two countries in all areas, noting that even during the COVID-19 pandemic economic relations have grown. The ambassador noted that he leaves Azerbaijan with the best wishes and noted that he will always remember his pleasant impressions of our country.

At the meeting, the sides also exchanged views on other issues of mutual interest.