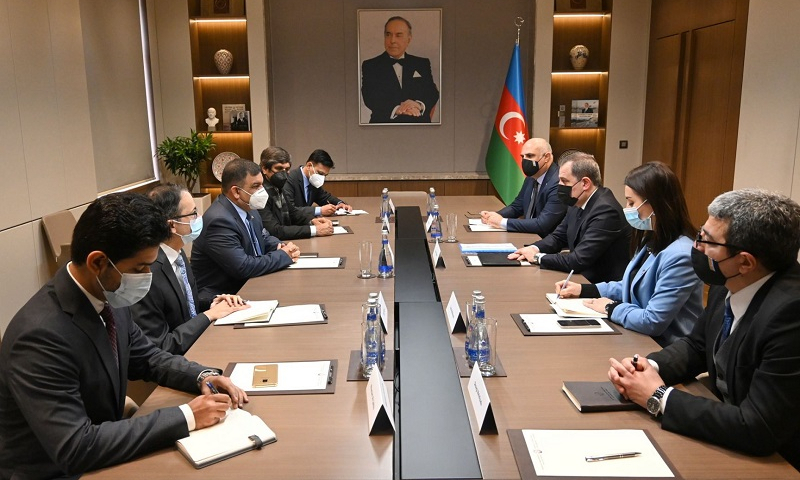 Minister Bayramov cordially greeted the delegation and expressed satisfaction with the current state of friendly and brotherly relations between Azerbaijan and Pakistan, the Foreign Ministry told News.Az.

The other side was informed that Pakistan's ever-present support for Azerbaijan's just position, which is based on international law, is highly valued by the Azerbaijani state and people.

It was noted that as part of the visit of the Frontier Works Organization, the meetings held and visits paid to the liberated territories provided an ample opportunity for the members of the organization to better understand the situation in the region. In general, sides expressed confidence that this visit would be fruitful and make a positive contribution to the developing relations between our countries.

In his turn, Major General Azfar appreciated Minister Bayramov’s warm welcome and once again congratulated the Azerbaijani state and people on the Victory. While noting with regret that they had witnessed the scale of the destruction in these areas during their visits to the liberated districts, he emphasized that they feel great pride in the return of those territories to Azerbaijani control.

The other side assessed their visit to our country as very productive.

The sides also exchanged views on the prospects for further development of bilateral relations.