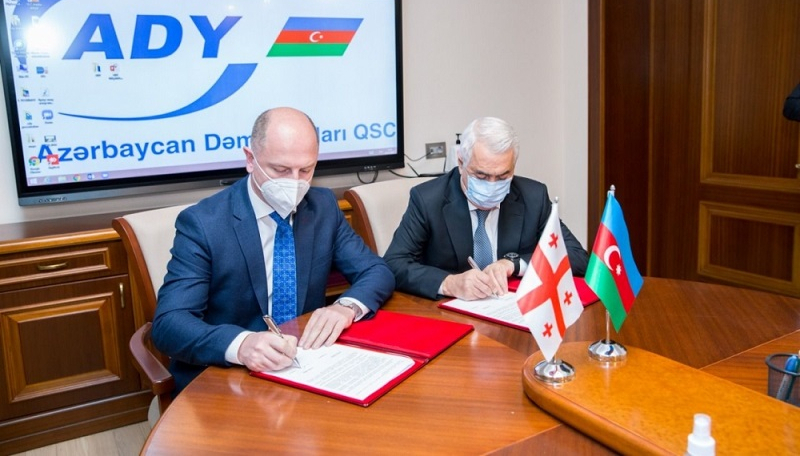 Azerbaijan and Georgia have signed a protocol on bilateral cooperation in the railway sector as Chairman of Azerbaijan Railways CJSC Javid Gurbanov met with a delegation led by Chief Executive Officer of Georgian Railways JSC David Peradze in Baku.

Addressing the meeting, Javid Gurbanov highlighted prospects of cooperation existing between the two countries in the field of railways. He said that the transport sector has always been in the focus of attention of the state as one of the key areas of cooperation. “Azerbaijan is actively involved in implementation of all important international projects. The geographical advantages of Azerbaijan contribute to the enhancement of logistics and transit opportunities, thus turning the country into an important international transport hub,” Gurbanov mentioned.

Gurbanov also highlighted the reforms carried out in the railway sector of the country, emphasizing the importance of the Baku-Tbilisi-Kars railway in transit transport.

CEO of Georgian Railways JSC David Peradze spoke about the opportunities for further strengthening of the cooperation between the two countries. Noting the global significance of the Baku-Tbilisi-Kars railway, the CEO said that this project makes an important contribution to regional stability, relations between the two peoples and economic development.

During the meeting, the sides also discussed the cooperation within the Trans-Caspian International Transport Route, as well as other issues of mutual interest.