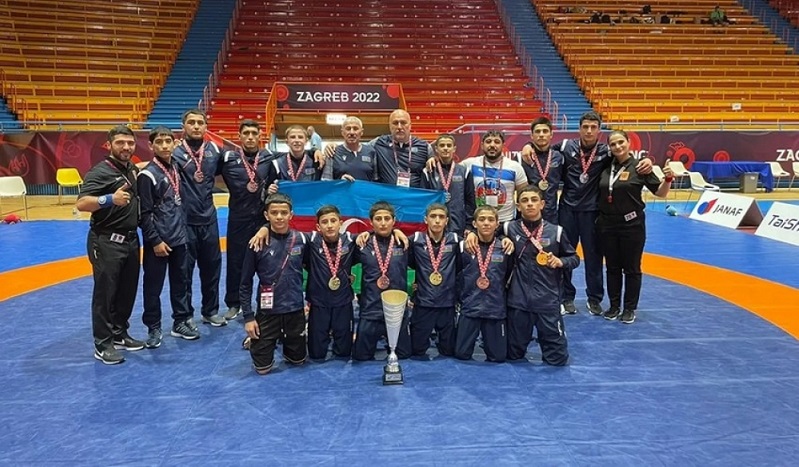 Azerbaijani Greco-Roman wrestling team have finished first in the overall medal table of the European U15 Championships in Zagreb, Croatia, News.Az reports.