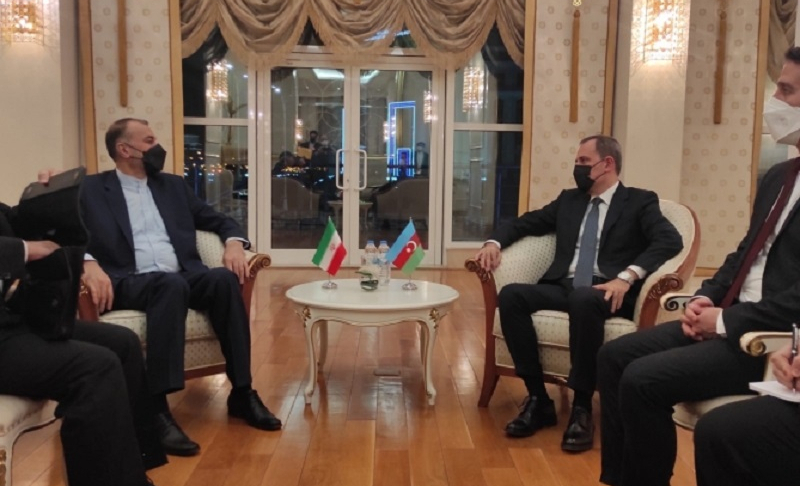 Azerbaijan`s Minister of Foreign Affairs Jeyhun Bayramov has met with his Iranian counterpart Hossein Amir Abdollahian on the sidelines of the meeting of the ECO Council of Foreign Ministers in Ashgabat, Turkmenistan.

The ministers welcomed the meetings held in New York within the framework of the 76th session of the UN General Assembly this year, as well as the constructive work carried out to implement the agreements reached during numerous telephone conversations, the Azerbaijani Foreign Ministry told News.Az.

The sides hailed the meeting of the co-chairs of the Azerbaijan-Iran State Commission for Economic, Trade and Humanitarian Affairs in Tehran on November 21 of this year.

The FMs exchanged views on the current situation in the region, including the Sochi meeting of the three leaders and the Statement signed on November 26, the implementation of trilateral statements in general, as well as the importance of a “3 + 3” cooperation platform in the region.

They also exchanged views on other important regional issues, including the situation in Afghanistan and its impact on the country and the surrounding region, as well as the Vienna talks on Iran's nuclear programme, the Joint Comprehensive Plan of Action (JCPOA).

During the meeting, the sides discussed cooperation between the two countries within international organizations and other issues of mutual interest.