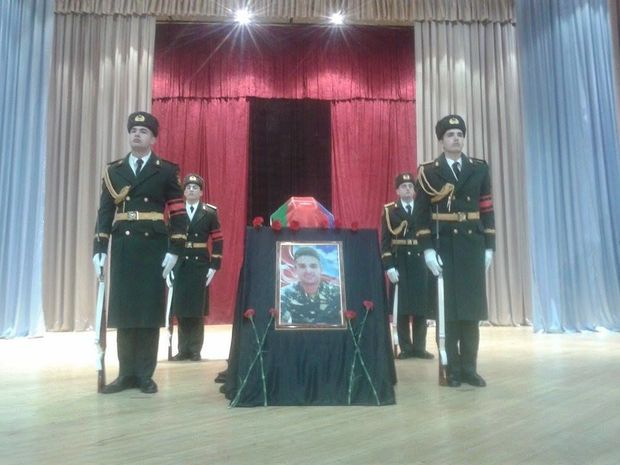 A funeral for Azerbaijani soldier Chingiz Gurbanov, who had become a martyr while preventing an Armenian provocation in December last year, started in the Alley of Martyrs in his hometown of Gusar on Feb. 6.

The funeral is attended by officials of the Defense Ministry, State Service for Mobilization and Conscription, Gusar district executive authority, MPs, servicemen and representatives of the public, APA’s local bureau reported.

A lot of people are participating in the funeral to pay tribute to the martyr.

Chingiz Gurbanov was killed while preventing the provocation staged by an Armenia reconnaissance-subversive group at the Azerbaijani-Armenian border on December 29, 2016. His body remained on the territory controlled by the opposite side.

The body of soldier Chingiz Gurbanov was transferred to Azerbaijan on 5 February 2017, thanks to the necessary measures taken by relevant state agencies in cooperation with international organizations under the instruction of President of Azerbaijan, Supreme Commander-in-Chief of the Armed Forces Ilham Aliyev.