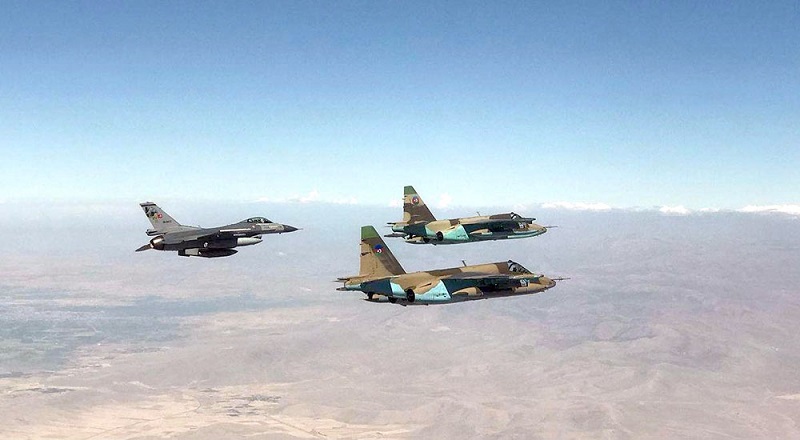 The military pilots of the Azerbaijan Air Force, participating in the "Anatolian Eagle - 2021" International Flight-Tactical Exercises held in Konya, Turkey, have successfully accomplished the tasks of the last stage, the Defense Ministry told News.Az.

According to the scenario, the military pilots involved in the exercises fulfilled tasks on takeoff and landing, the defeat of imaginary air and ground targets, worked out the elements of difficult pilotage and the combat maneuvers at low and medium altitudes.

The military pilots of the Azerbaijan Air Force demonstrated advanced professionalism and successfully accomplished the assigned tasks during the exercises.