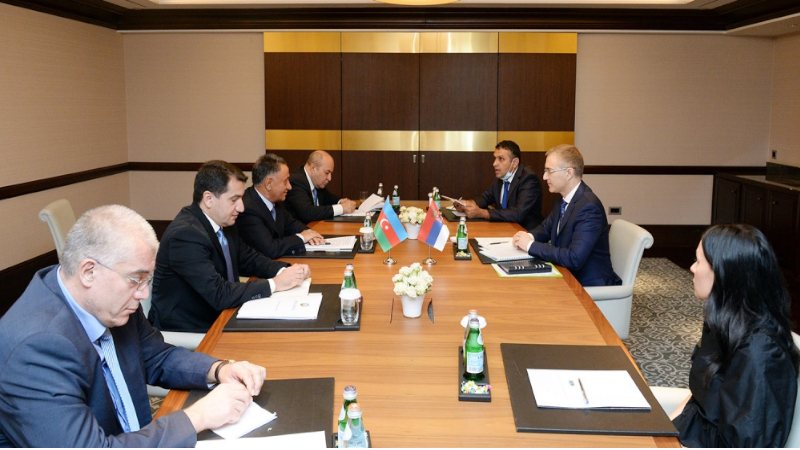 Deputy Prime Minister, Minister of Interior and Secretary of the National Security Council of Serbia Nebojsa Stefanovic has today arrived in Azerbaijan.

The sides exchanged views on prospects for the development of bilateral cooperation in various fields, including in political and security areas, and joint steps to be taken in this regard. The regular political dialogue and friendly relations between Azerbaijani and Serbian presidents were hailed, a great potential for further development of comprehensive cooperation between the two countries was pointed out at the meeting.

They praised close cooperation between Azerbaijan and Serbia within international organizations and noted the importance of supporting the principles of territorial integrity and inviolability of borders.