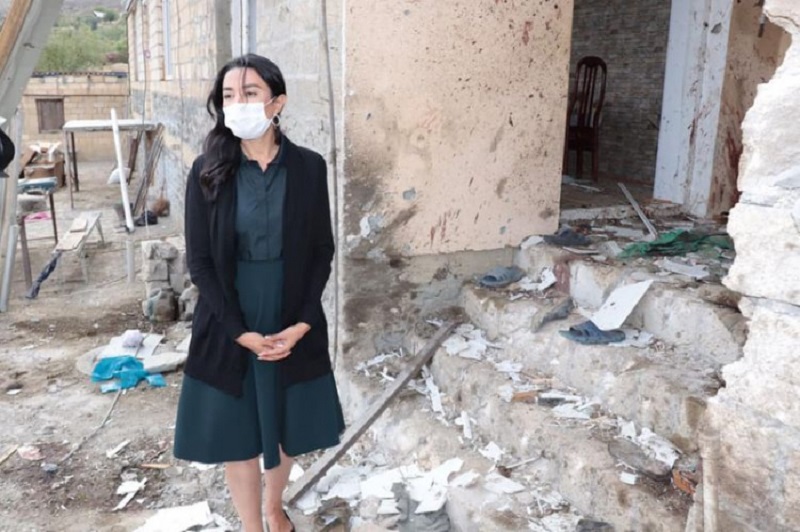 The actions committed by the military-political leadership of Armenia must be regarded as a gross violation of the provisions of international documents and appropriate sanctions should be imposed, the Azerbaijani Human Rights Commissioner (Ombudsman) Sabina Aliyeva said in her comments.

According to Aliyeva, in a recent interview with the Armenian Armnews channel, former Armenian President Serzh Sargsyan touched upon the issue of using the Iskander operational-tactical ballistic missile (having especially great destructive power) by the Armenian side during the Second Karabakh War (from late Sept. through early Nov.2020) reminding that this missile was used only at the last stage of the war in the direction of (liberated) Shusha city, making attempt to reoccupy it.

As the ombudsman stressed, at the same time the ex-president openly admitted that during the war, the Armenian Armed Forces, using other missile systems had been deliberately shelling civilian targets in the Azerbaijani city of Ganja, which was beyond the war zone.

"This confirms again that the strikes inflicted by Armenia with the use of prohibited weapons on the inhabited civilian areas of Azerbaijan, located far from the war zone, resulted in numerous casualties,” she said. “As a result, 94 civilians were killed, including 12 children, and 414 were injured, of whom 54 were children, and four children lost both parents.

“Despite this, the Armenian side today continues to try to mislead the world community by spreading false information about the conflict, and this approach undermines the process of achieving peace after the conflict,” Aliyeva added.

“All this should be regarded as a gross violation by the current military-political leadership of Armenia of the provisions of the Geneva Conventions and Additional Protocols to them, especially the IV Geneva Convention for the Protection of Civilian Population in Time of War, the Hague Convention for the Protection of Cultural Property in the Event of Armed Conflict, the Convention on Rights child and other international documents, appropriate sanctions must be applied," summed up the commissioner.

The Second Karabakh War ended with the liberation of Azerbaijani territories, including Shusha city, from the Armenian occupation.