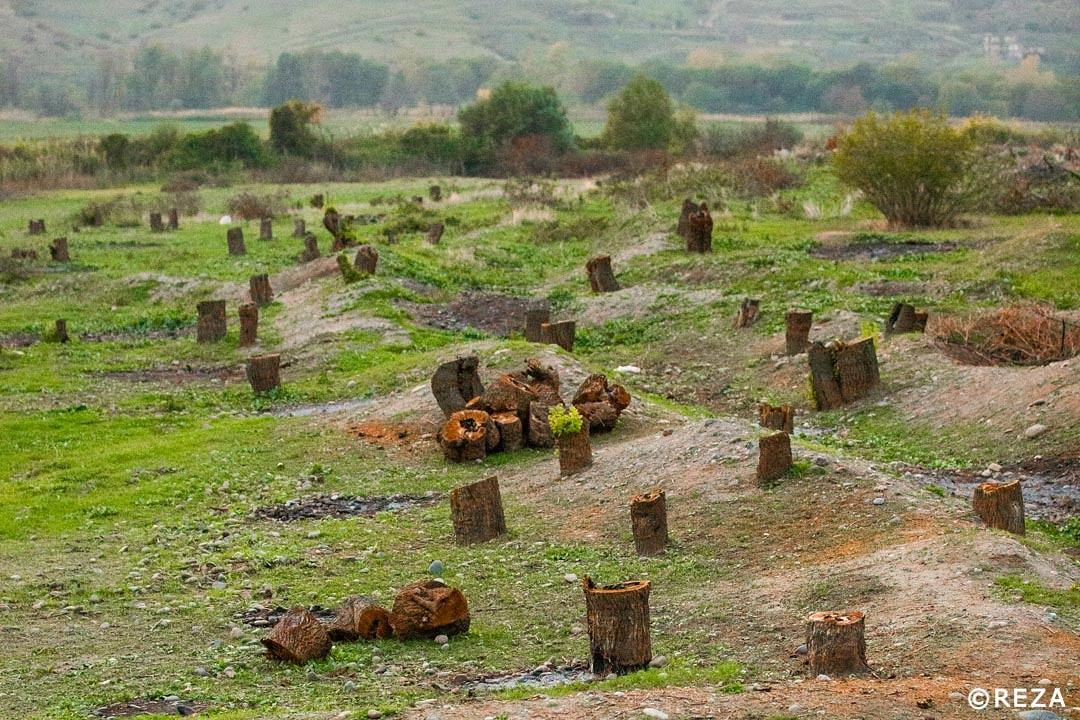 Azerbaijan’s Human Rights Commissioner (Ombudsperson) Sabina Aliyeva issued an appeal regarding  November 6 - International Day for Preventing the Exploitation of the Environment in War and Armed Conflicts.

“As a result of Armenia’s military aggression, international environmental crimes (ecocide) have been committed by seriously damaging the nature, biological diversity, flora and fauna, water resources, in general, the ecology of the formerly occupied territories of Azerbaijan, and ecosystem of the region,” the spokesperson said in her appeal.

“While launching armed aggression and occupation against Azerbaijan, along with civilians, Armenia also targeted flora and fauna, and biodiversity examples. Around three-decade occupation, the ecosystem was deliberately damaged,” she noted.

“In the 2006 UN General Assembly Resolution on “The situation in the occupied territories of Azerbaijan”, it was called upon provision of the assessment of the detrimental impact of fires set in the territories of Azerbaijan, which were under the occupation, to the environmental safety of the region. Furthermore, in the PACE Resolution 2085 (2016) concerning the deliberate deprivation of inhabitants of frontier regions of Azerbaijan of water, it was demanded the immediate withdrawal of Armenian armed forces from the region concerned, and access by independent engineers and hydrologists to carry out a detailed on-the-spot survey,” she said.

“The facts mentioned above prove that as a result of occupation and ecological terror of Armenia against Azerbaijan, the water resources, flora, and fauna of our country were seriously harmed. The forests in the areas of Azerbaijan, which were under occupation, were cut down for many years. The forest fund was destroyed by committing forest arsons and the ecosystem of Azerbaijan and the region has been irreparably damaged, which will not be able to recover for many years. During the years of occupation, the burning of pastures, hayfields, and forests, as well as illegal hunting, led to the extinction or migration of animals living in the area,” the ombudsperson added.

She pointed out that during the occupation, the natural resources of the Republic of Azerbaijan were plundered and exploited by creating illegal production areas without observing any environmental norms.

“The fires and destructions committed in our cities and districts by Armenians, who had to leave the liberated from the occupation areas according to the tripartite Statement, adopted on 10 November 2020 to end hostilities, as well as the policy aimed at environmental destruction are matters of serious concern as a major threat to the region.”

“At the same time, rivers flowing from the territories, which had been under occupation for many years, were polluted by Armenia with waste and sewage of various origins. Armenia's military-political leadership has used water resources as a tool of political influence or pressure. Chemically polluted waters of Gajaran copper-molybdenum plant and Gafan copper ore refineries located in Armenia and biologically polluted waters of Gafan and Gajaran cities, as well as villages, hospitals, agricultural facilities, are discharged directly into Oxchuchay River without cleaning  (neutralizing), which turned the river basin into “dead zone”,” Ombudsperson Aliyeva added.

The human rights commissioner urged international and regional organizations, including those working in the field of ecology and environmental protection, to support overcoming the consequences of the environmental terrorism committed by Armenia and take measures to establish international legal responsibility for those who perpetrated these environmental crimes.