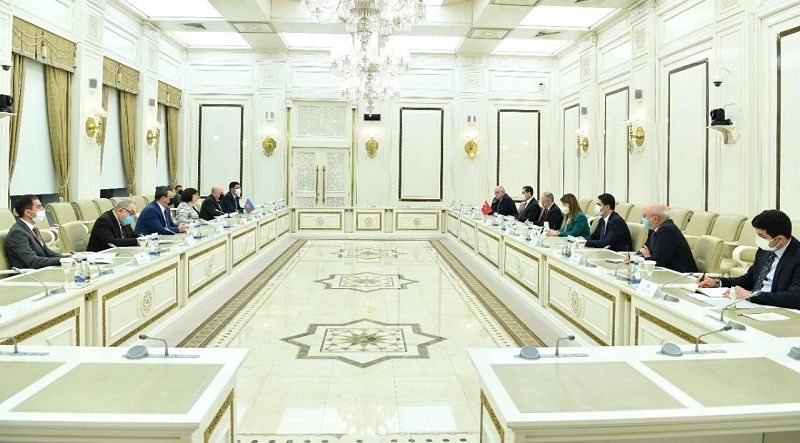 Chairperson of Azerbaijani parliament Sahiba Gafarova met with a delegation led by Chairman of the Committee on Foreign Relations of the Grand National Assembly of Turkey (GNAT) Akif Kilic on 9 March.

Welcoming the guests, Sahiba Gafarova expressed hope that the visit would be beneficial for the bilateral relations of the two countries, the Azerbaijani parliament's press service said.

She also expressed condolences to the families and friends of the Turkish servicemen killed in the TAF helicopter crash in Bitlis last week as well as to the whole Turkish nation as represented by the delegation. Gafarova also wished the survivors of the crash a speedy recovery from their injuries.

She remarked that there were no other two states in the whole world that would be as close. She also pointed out that Turkey extended its political and moral support to Azerbaijan during the second Karabakh war.

Bringing up the roles that the two parliaments play in the advancement of mutual relations, Gafarova lauded the activities of the friendship groups of both legislatures, saying then that their bilateral ties and their co-operation in international organizations were crucial as far as discussing the matters interesting both sides were concerned.

Then, she underlined the exceptional importance of the trilateral interaction between the external relations committees of the parliaments of Azerbaijan, Turkey and Georgia.