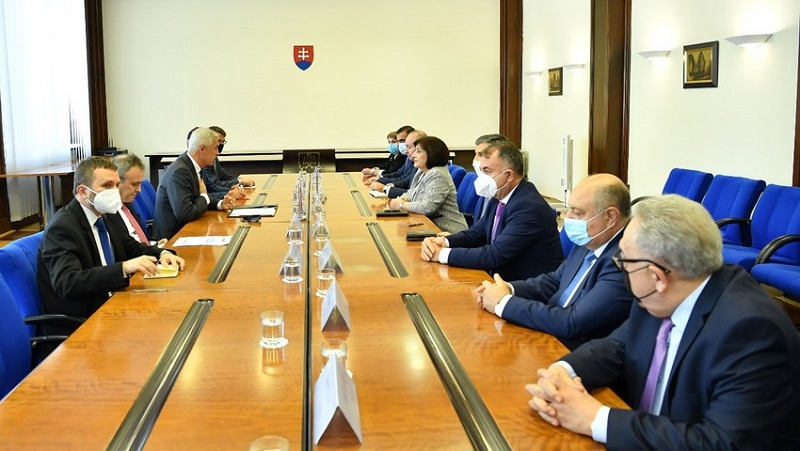 As part of her visit to Slovakia, Speaker of the Azerbaijani Parliament Sahiba Gafarova held a meeting with Slovak Foreign Minister Ivan Korčok, the parliament’s press service told News.Az.

Touching upon prospects for the development of Azerbaijan-Slovakia relations, the ministry emphasized the role of parliamentary diplomacy in expanding bilateral ties.

Korčok also hailed the importance of exchanging high-status reciprocal visits. Recalling his visit to Azerbaijan in March this year, he noted that such visits bore well on bilateral relations.

Speaker Gafarova, in turn, thanked for the hospitality. She underlined the importance of successful political relations in terms of fostering interaction in other areas.

The speaker expressed Azerbaijan’s interest in expanding its cooperation with the EU member states.

“Our country thinks it important to promote its links with Slovakia as one of the EU countries. We cooperate in a number of international organizations; there are opportunities to broaden the bilateral inter-parliamentary ties,” she said.

Speaker Gafarova also provided information about the 44-day Patriotic War that resulted in the liberation of Azerbaijani territories from the Armenian occupation.

“Armenia had looted and destroyed our towns and villages during the occupation. Armenia is resorting to provocations so that no peace and security can be maintained in the region – this is especially true of the refusal to disclose the minefield maps,” she added.

The sides also exchanged views on a number of issues of mutual interest.