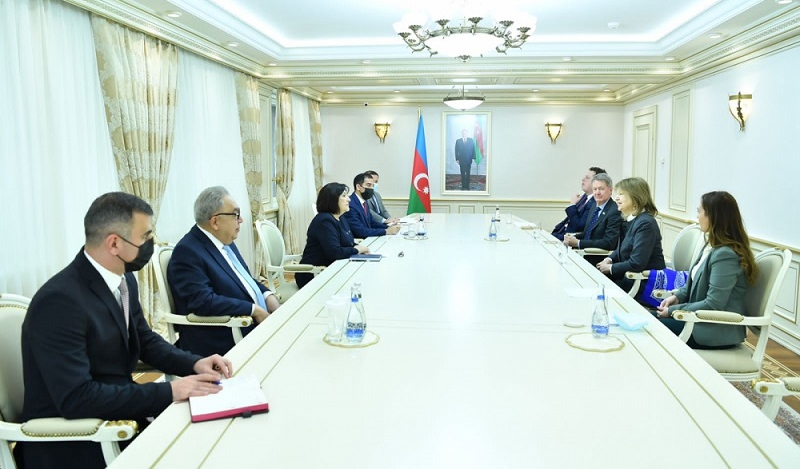 Emphasizing that Baroness Nicholson had visited Azerbaijan for several times, Gafarova expressed her confidence that this visit would contribute to further deepening of bilateral relations between the two countries.

Noting that this year marks the 30th anniversary of the establishment of diplomatic relations between Azerbaijan and the UK, the Speaker said that these relations are of friendship and strategic partnership nature.

The speaker also highlighted the positive role of the parliaments of the two countries in the development of the Azerbaijani-British relationship. Gafarova underlined that the good relations between the MPs of both countries manifest themselves in both bilateral and multilateral interactions between the two countries. “Besides, there are the friendship groups in both legislatures and they are successful in their work,” she added.

Speaker Gafarova highlighted the new reality established in the region following Azerbaijan’s liberation of its lands in the 44-day Patriotic War and the extensive restoration and reconstruction work underway in those territories.

“Azerbaijan is building a large-scale infrastructure in the liberated lands, laying new and modern roads and organizing distribution of electricity all at its own expense. Steps are being taken to clear those territories of mines at the same time. All those works are extremely important for the eventual safe return of former IDPs to their native lands,” the speaker added.

During the meeting, the sides also exchanged views on broadening the bilateral cooperation in economic, trade, educational, cultural and other spheres.