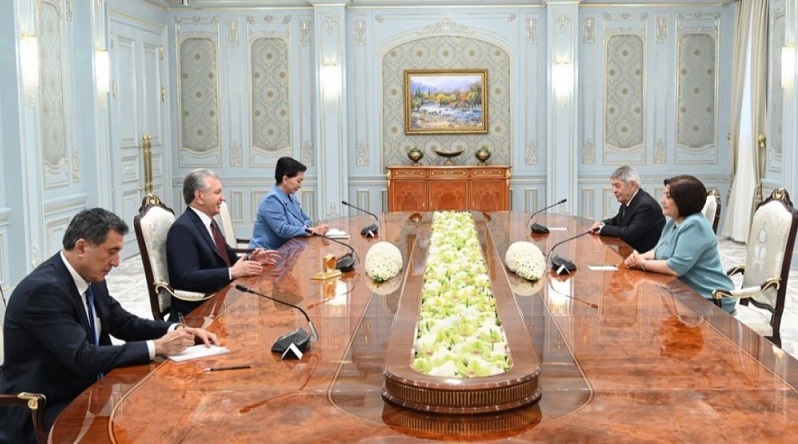 Speaker of the Azerbaijani Milli Majlis Sahiba Gafarova has met with President of Uzbekistan Shavkat Mirziyoyev as part of her working visit to the country, News.Az reports.

During the meeting, Speaker Gafarova conveyed the greetings and best wishes of President Ilham Aliyev to the President of Uzbekistan.

The sides hailed the current high level of relations between the two countries and emphasized the special role of the Azerbaijani and Uzbek Presidents in development of the bilateral relations.

They stressed the tangible results of the historic visit of President Ilham Aliyev to Uzbekistan in June of this year, noting that this visit marked a new phase in the further development of relations.

Expressing gratitude for the greetings of President Ilham Aliyev, President Mirziyoyev asked to convey his greetings and best wishes to the President of Azerbaijan.

President Mirziyoyev noted the role of inter-parliamentary cooperation in the development of relations between the two countries and stressed the importance of further expanding relations in this direction.

Following the meeting, Speaker of Milli Majlis Sahiba Gafarova was interviewed by the Uzbek TV. The speaker shared her views on the participation of the Azerbaijani delegation in the 14th Summit of Women Speakers of Parliament, as well as the current state of and prospects for the development of Azerbaijan-Uzbekistan relations.