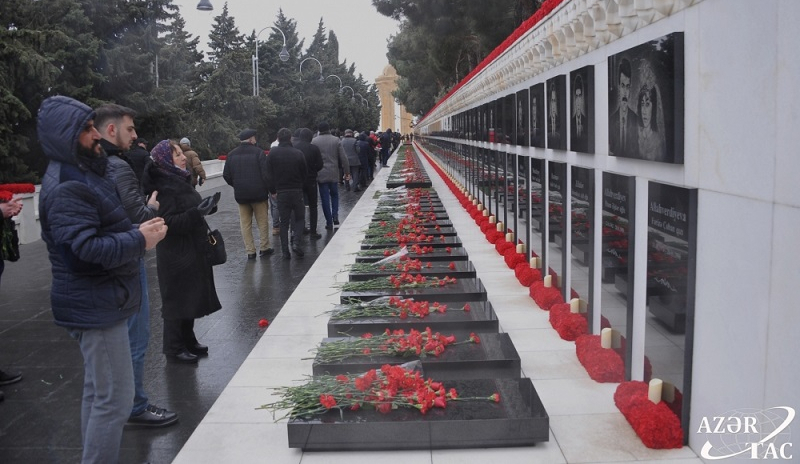 32 years have passed since the events of bloody January. On the night of 19-20 January 1990, a glorious page was inscribed in the history of Azerbaijan with the blood of martyrs. 20 January is a page of both sadness and pride in this history.

Starting from the morning of 20 January, people have been coming to the Alley of Martyrs to pay tribute to the heroic sons of the Motherland.

The heroism of sons and daughters of Azerbaijan who died for the motherland has not been forgotten. First of all, we are indebted to the martyrs of 20 January for the restoration of our state independence.

In January 1990, a bloody massacre was committed against civilians who had taken to the streets and squares in protest at Armenia's territorial claims against Azerbaijan and the biased policy of the former USSR leadership. Soviet troops rolled on Baku, as well as a number of regions of Azerbaijan, without any warning whatsoever, brutally killing a total of 147 people. 744 people were injured and 841 were illegally arrested during the incidents.

The day after these bloody events, on 21 January, national leader Heydar Aliyev went to the Permanent Mission of Azerbaijan in Moscow and strongly condemned the bloody action of the imperial regime against our country. This step by the great leader provided support and consolation to Azerbaijani people.

The first political and legal assessment of the 20 January tragedy at state level was given by genius personality Heydar Aliyev. The memory of the martyrs was immortalized, 20 January was declared the National Day of Mourning, and social protection of the families of martyrs and those disabled during the 20 January events was strengthened.

Visitors to the Alley of Martyrs include people of all ages – veterans of the Patriotic War, servicemen, representatives of government agencies, veterans, youth and schoolchildren. This is a bright manifestation of people's respect and esteem for the memory of the heroic sons of the Motherland. 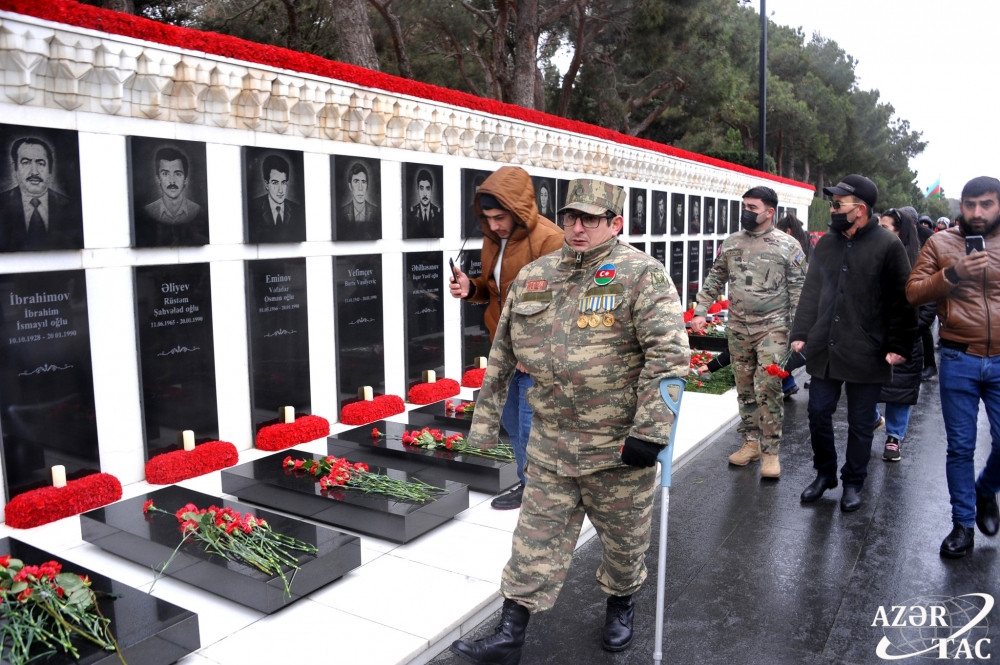 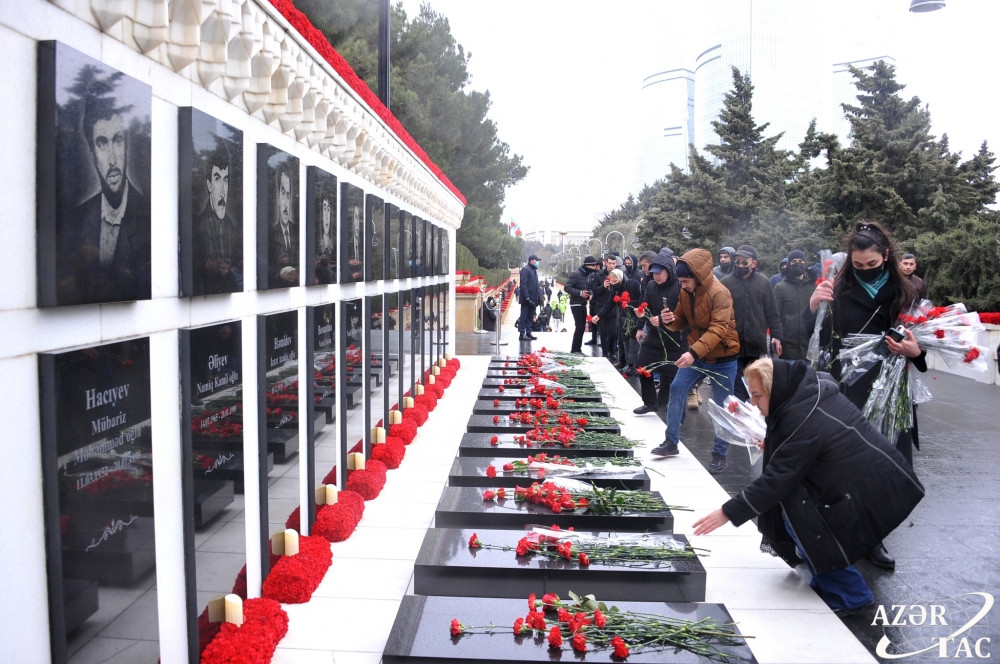 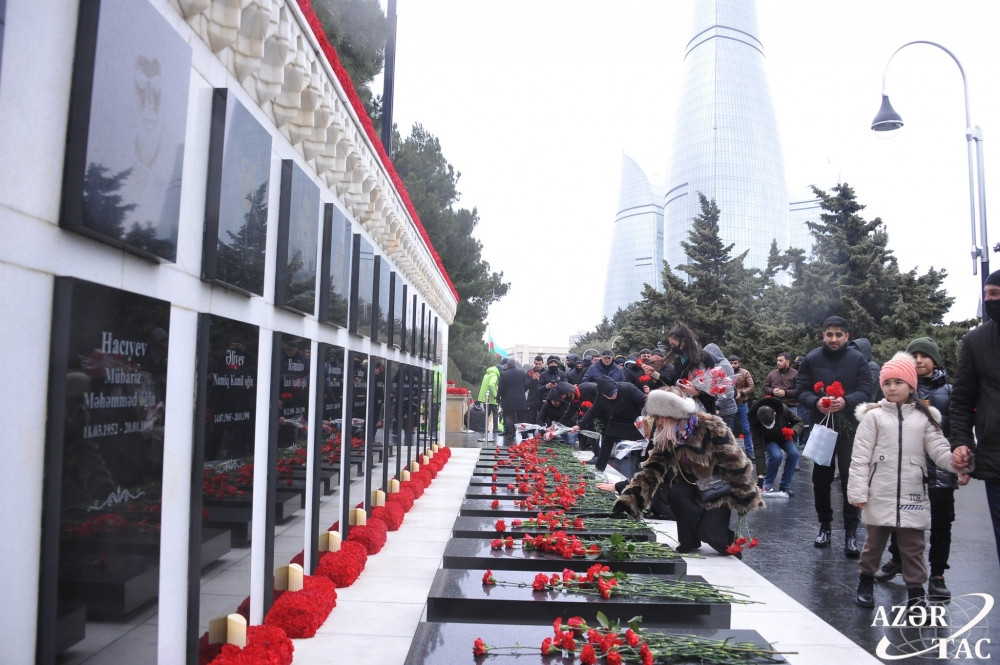 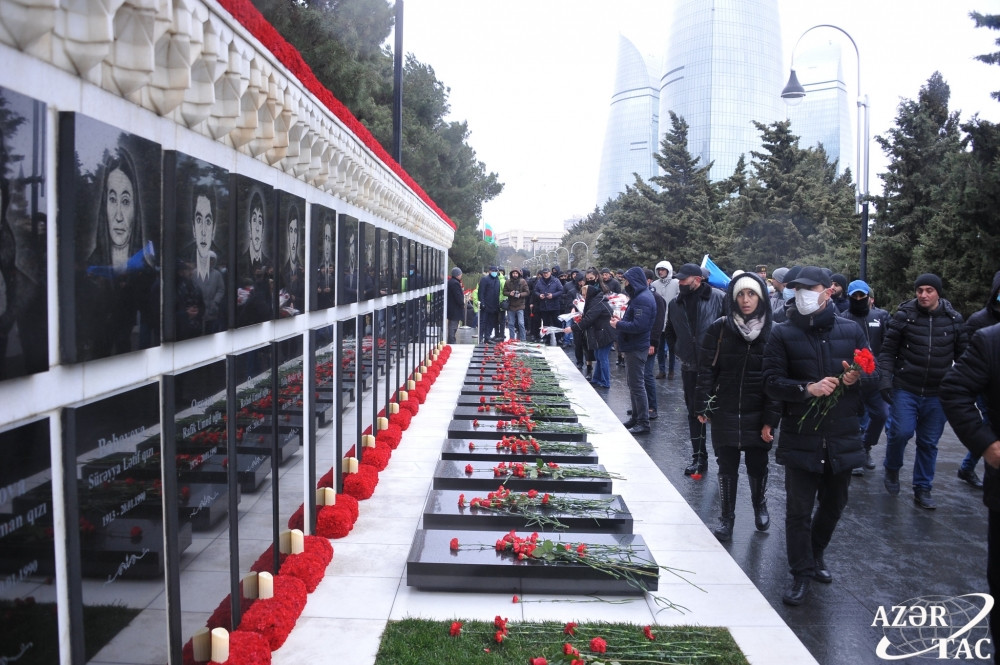 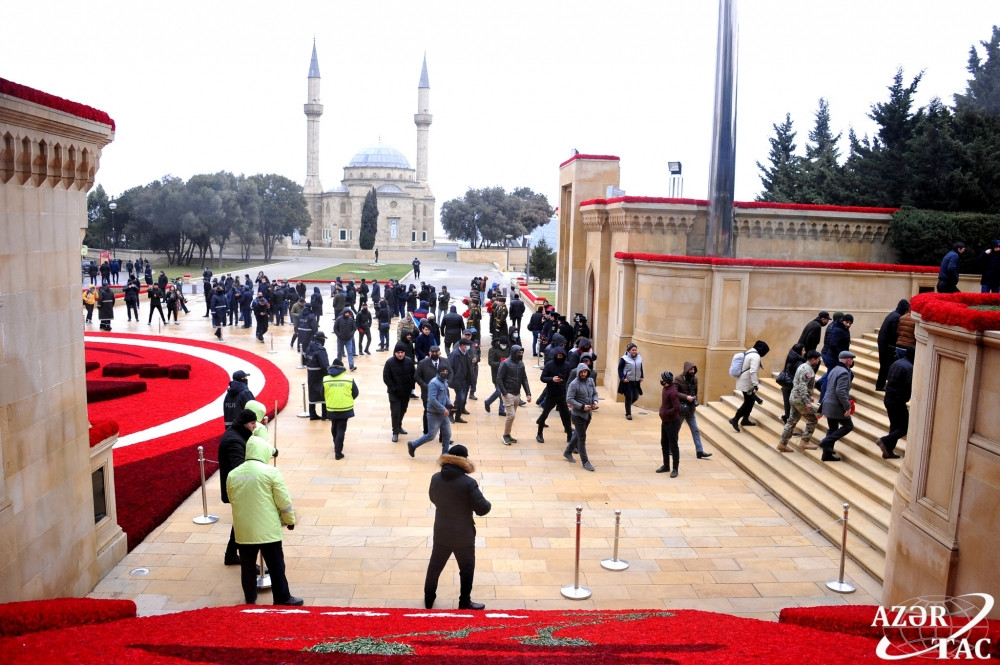 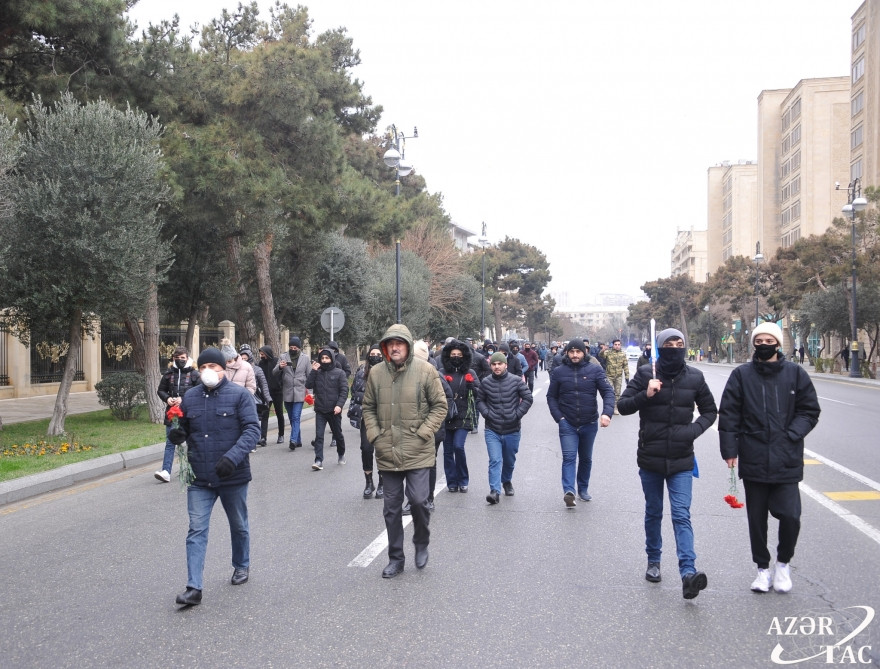 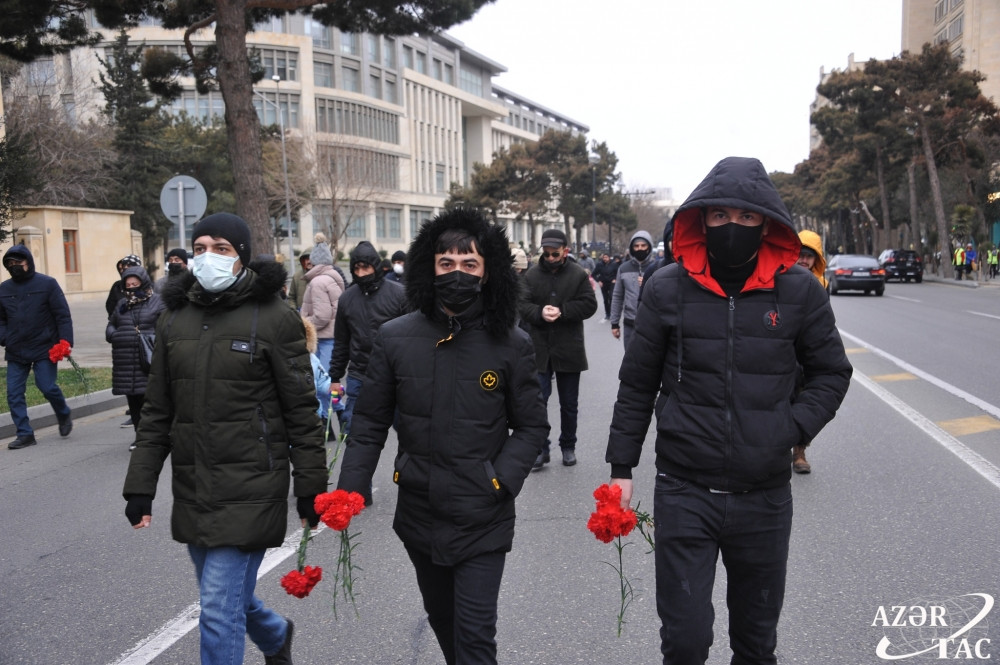 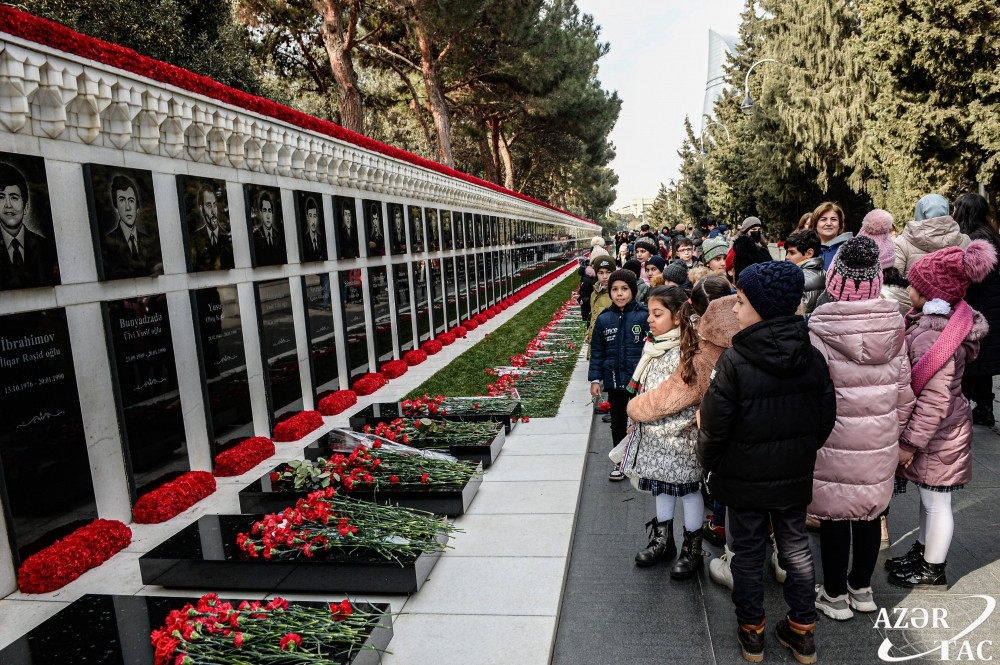 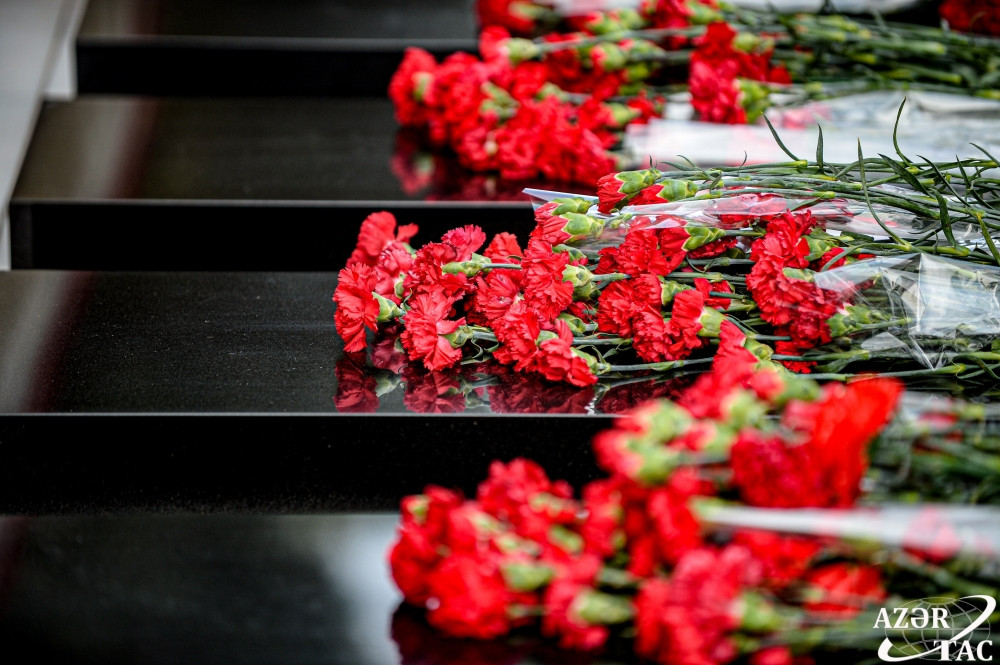 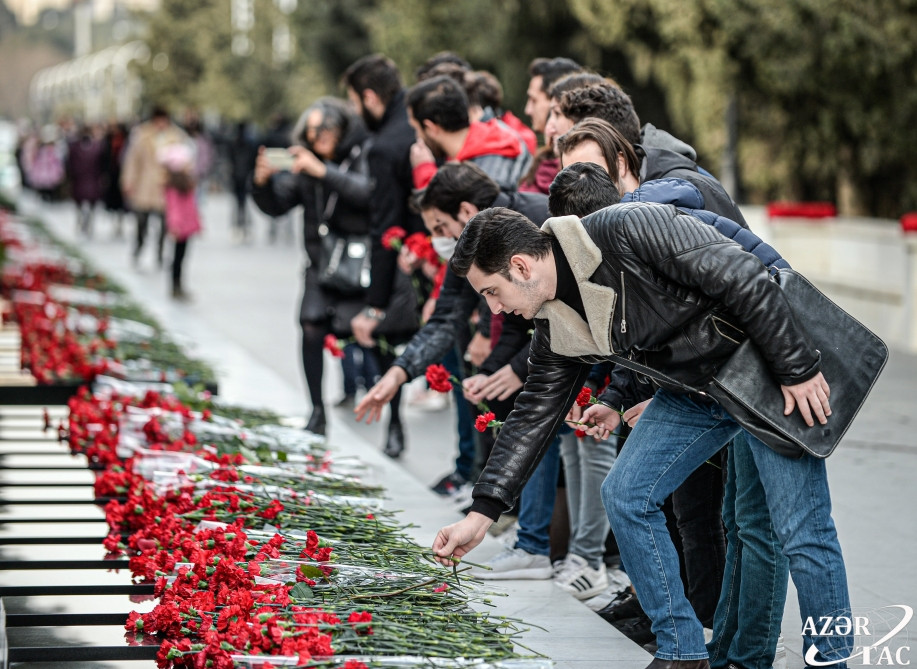