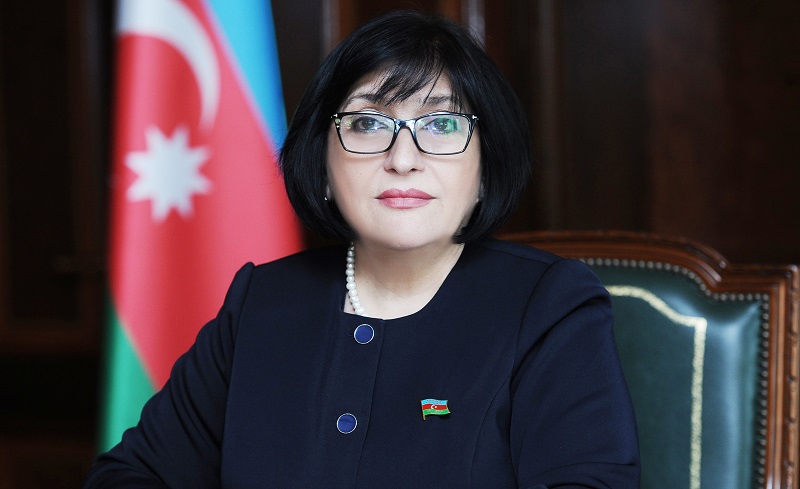 This year the Azerbaijani people will celebrate the Azerbaijan Armed Forces Day (June 26) with great joy and pride, Speaker of Azerbaijan’s Parliament Sahiba Gafarova said at a plenary meeting on Friday.

“Under the leadership of the President of Azerbaijan, Supreme Commander-in-Chief of the Armed Forces Ilham Aliyev, the valiant Azerbaijani army has written a new, bright page in the heroic history of our people,” Gafarova said.

“Azerbaijan defeated the Armenia, which held our lands under occupation for 30 years. Thus, Karabakh - the native Azerbaijani land - was liberated from occupation,” the speaker said.

“Currently, the Armed Forces of Azerbaijan fulfill the tasks assigned to them to protect the liberated lands from occupation,” Gafarova noted.

“We are returning to our native Karabakh. This right was returned to us by the heroic army and its Supreme Commander-in-Chief. The people of Azerbaijan are confident that the restoration work carried out in the liberated territories will not only radically change the appearance of the Karabakh region, but will also open a new milestone in the history of Azerbaijan's development. The victorious people, whose flag flies in Shusha, Fuzuli, Jabrail, Zangilan, Gubadly, Lachin, Kalbajar, Aghdam, Hadrut village (Tartar district) and other cities and villages of Karabakh, will once again demonstrate to the world that they are both a creator and will restore settlements destroyed by Armenia,” she added.

The speaker also expressed confidence in the further development of the Azerbaijani Armed Forces.