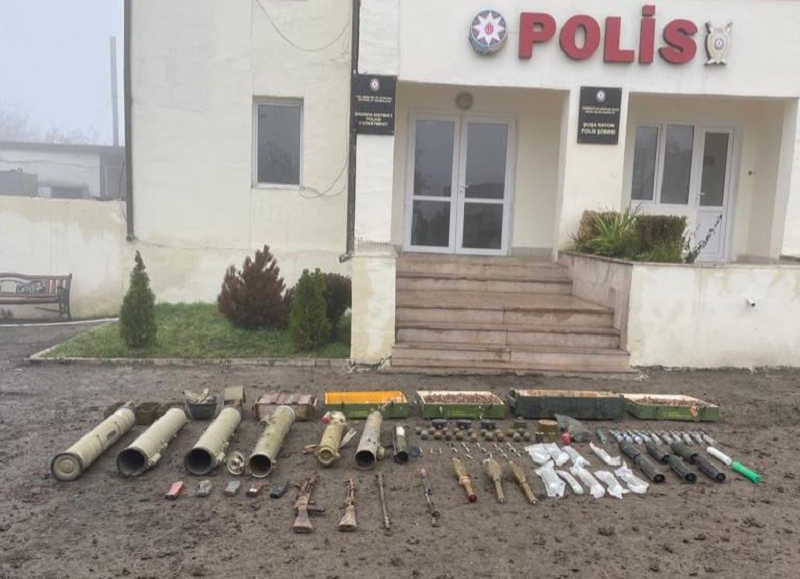 During the new raid, employees of the Shusha district police department together with the relevant structures of the State Security Service and Mine Action Agency detected 7,380 cartridges of various calibers, 30 grenades and 12 grenade launcher projectiles [abandoned by the Armenian Armed Forces] on the territory of Shusha city and nearby Dashalty village.