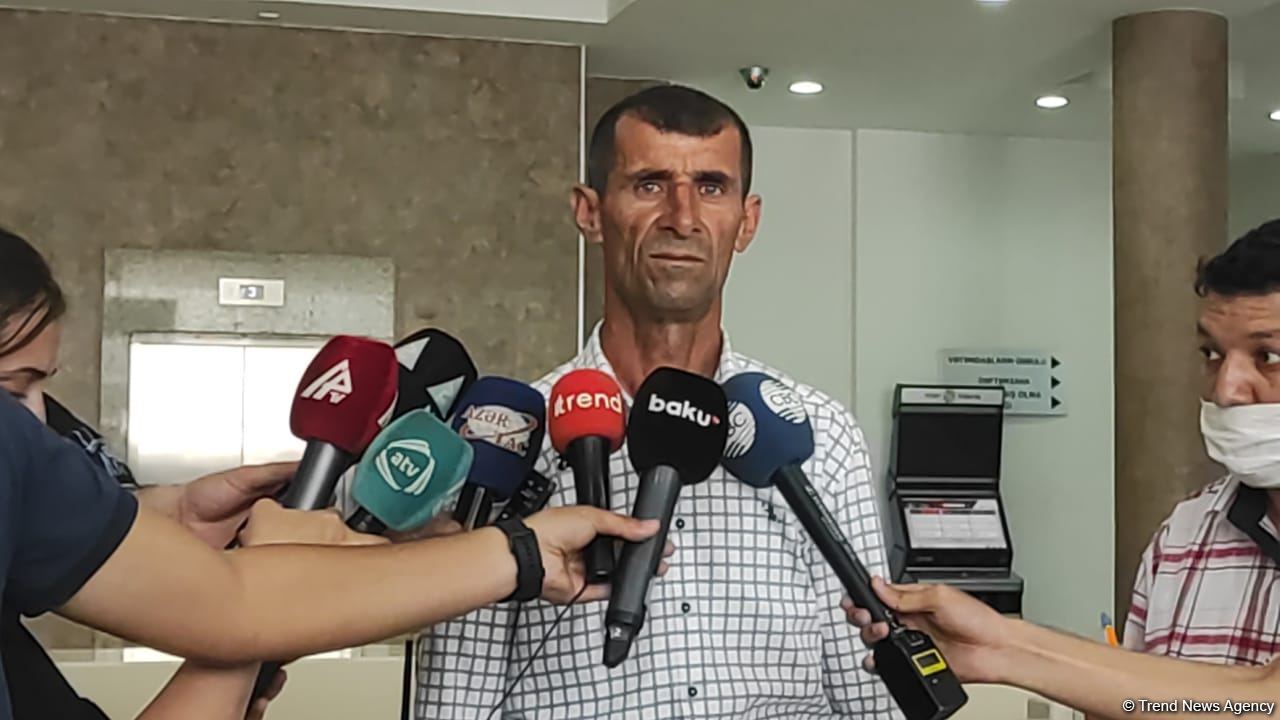 He made the statement at the trial on the criminal case of Armenian terrorists Ludvik Mkrtychyan and Alesha Khosrovyan, who tortured Azerbaijani captives.

Babayev said that he had been in captivity for over a year.

“Ludvik Mkrtychyan and Alyosha Khosrovyan subjected the captives to severe torture,” he admitted.

"I was held captive in Shusha and Khankendi,” Babayev said. “We were subjected to various types of torture. The Armenians, who are currently standing trial, mistreated us. The time has come, justice has triumphed, now they will be punished."

A trial on the criminal case against Ludwig Mkrtichyan and Alyosha Khosrovyan, who during the first Armenia-Azerbaijan Nagorno-Karabakh war tortured Azerbaijani captives and committed other crimes was held in the Yasamal District Court in Baku.

The trial was chaired by judge of the Baku Military Court Elbey Allahverdiyev.