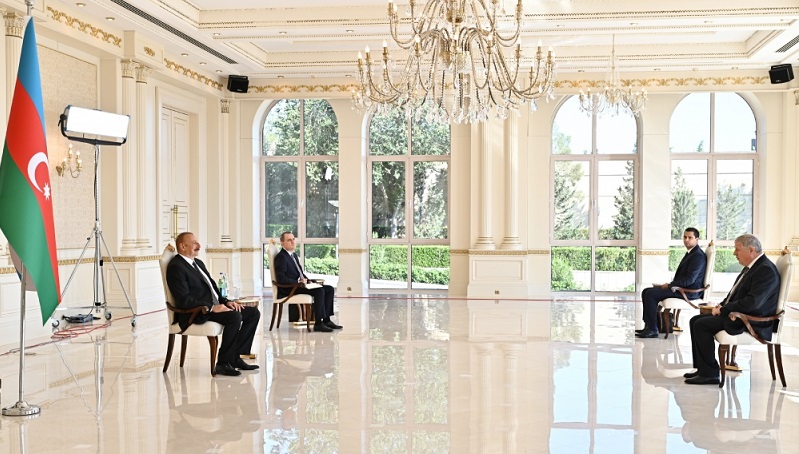 President of the Republic of Azerbaijan Ilham Aliyev has received credentials of the newly appointed Ambassador Extraordinary and Plenipotentiary of the Slovak Republic Milan Lajcak, News.Az reports.

The head of state then spoke with the ambassador.

President Ilham Aliyev hailed the successful development of relations between Azerbaijan and Slovakia, and emphasized the contribution of reciprocal visits to the expansion of bilateral cooperation.

The head of state stressed the necessity of defining new areas of cooperation, and expressed hope that the previously discussed issues would be implemented. Touching upon the economic ties, President Ilham Aliyev said that there is a good potential for deepening cooperation in this area and mutual trade, as well as expanding the activities of Azerbaijani and Slovak companies in the two countries. The head of state also noted the interest of Slovak companies in participating in the restoration and reconstruction works carried out in Azerbaijan`s liberated territories.

Pointing out that the political relations between the two countries are quite active, Ambassador Milan Lajcak said that the economic relations are expanding and he will spare no effort to further strengthen the bilateral relations.