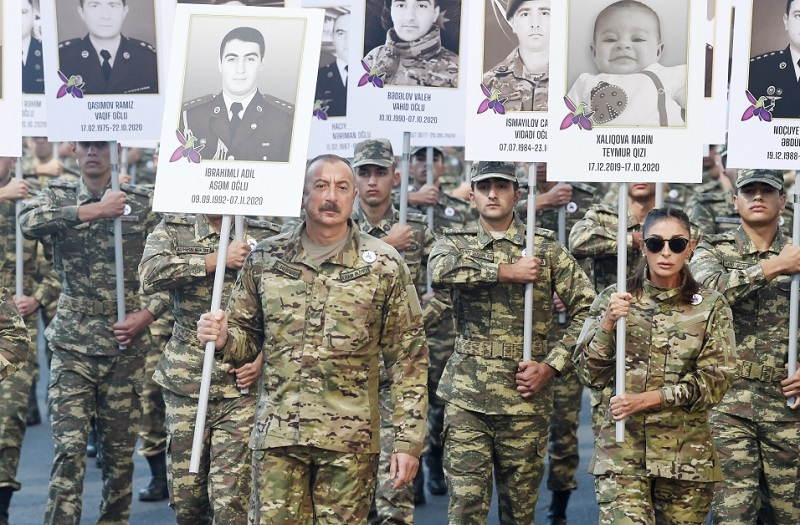 A march, as a sign of deep respect for Azerbaijani soldiers and officers, who died in the battles for the territorial integrity of the country, as well as for the killed civilians and missing Azerbaijanis during the Patriotic War, was held in Baku on September 27 – the Day of Remembrance.

The head of state then laid the foundation stone for the Patriotic War Memorial Complex and the Museum of Victory.

A nationwide moment of silence to honor the memory of the martyrs was observed at 12:00 on September 27 across Azerbaijan.

Following the groundbreaking ceremony, Victorious Commander-in-Chief, President Ilham Aliyev and First Lady Mehriban Aliyeva arrived at the Seaside Boulevard and paid tribute to the memory of heroic martyrs of the country. 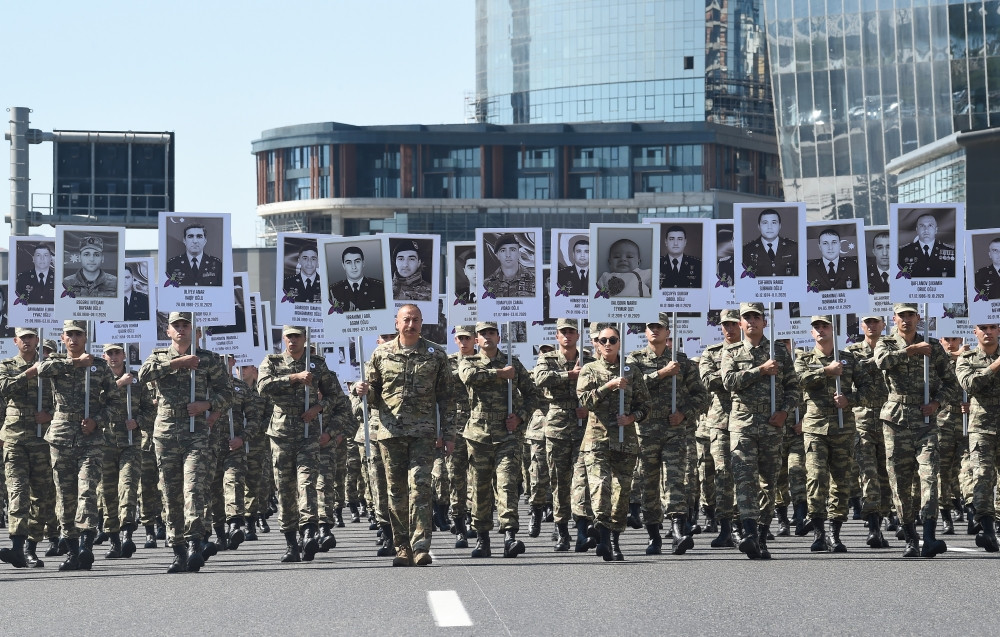 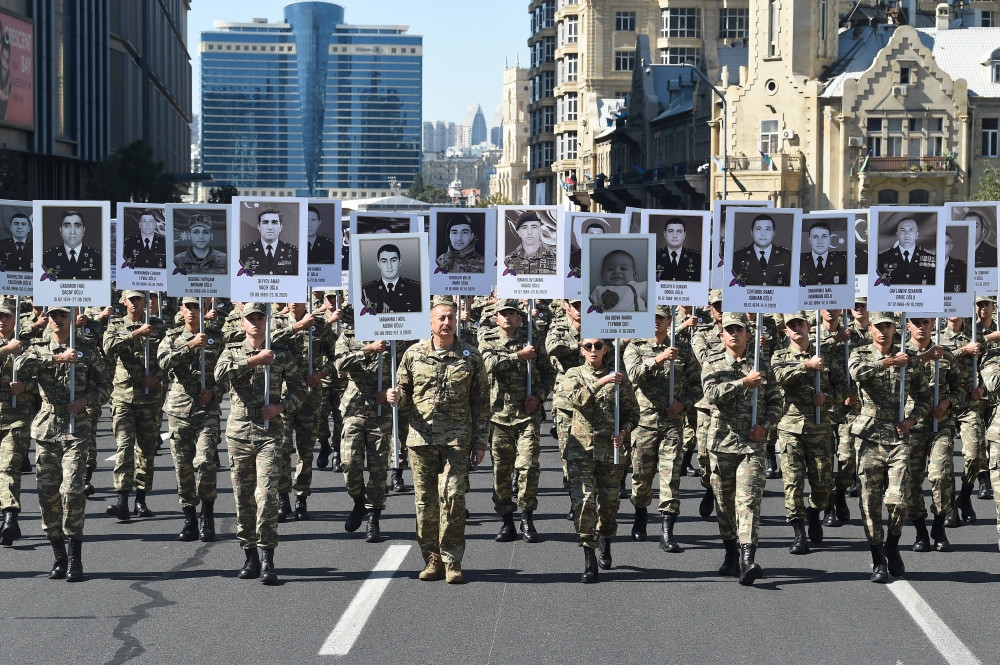 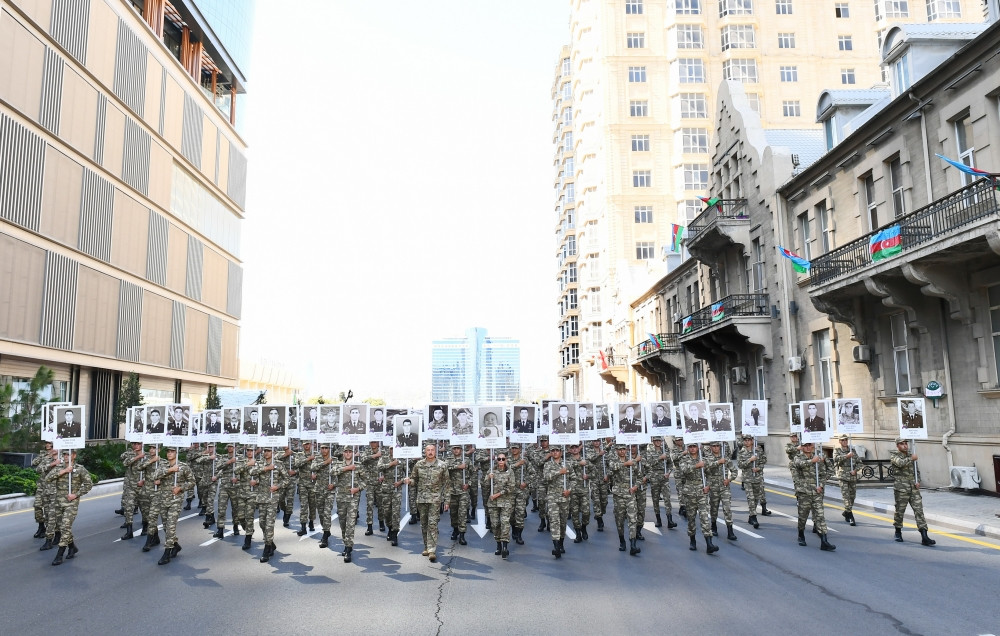 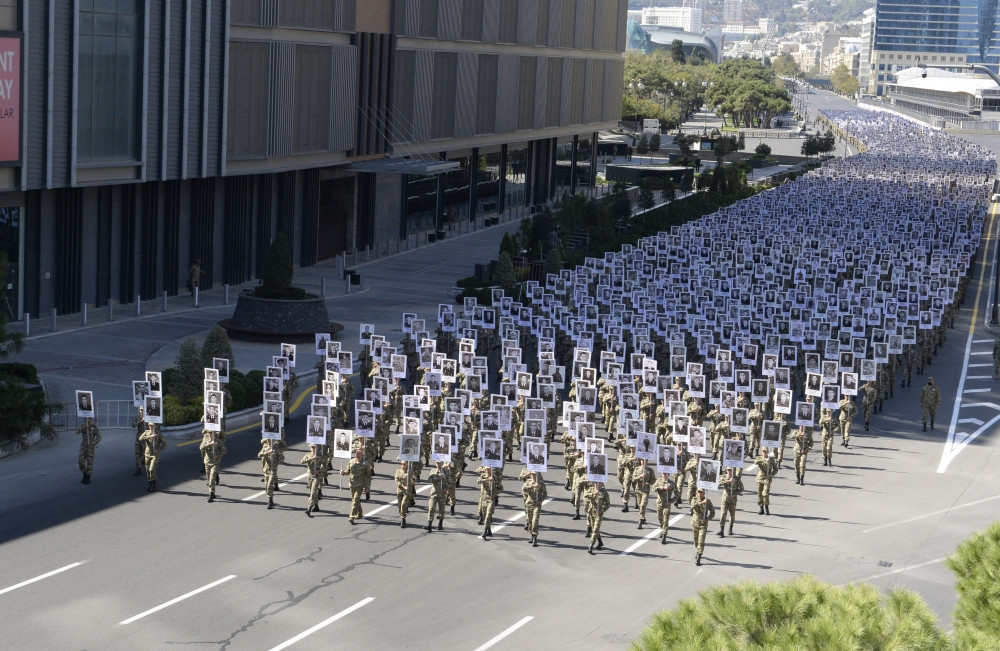 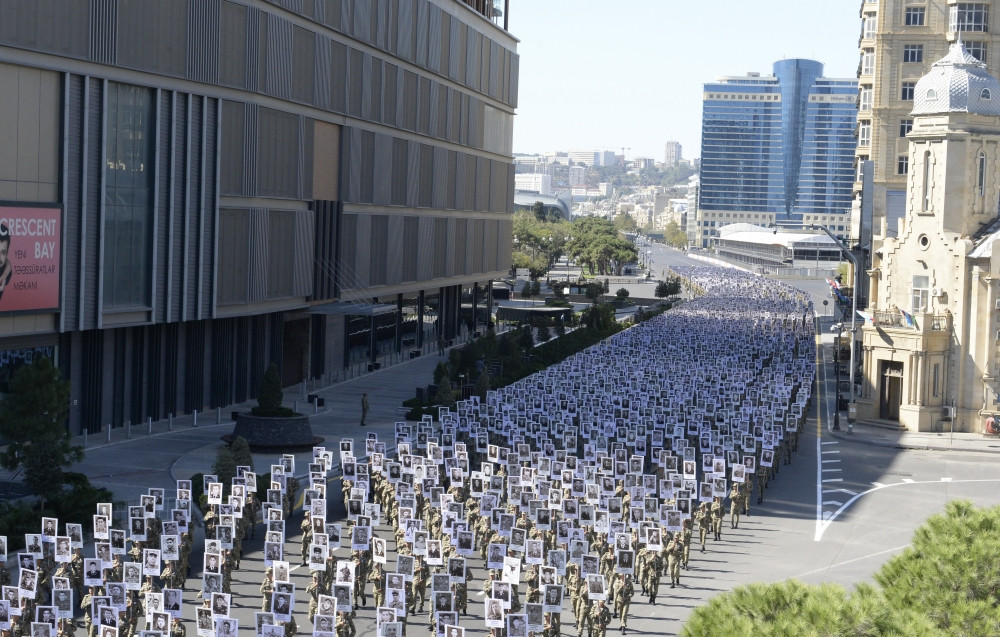 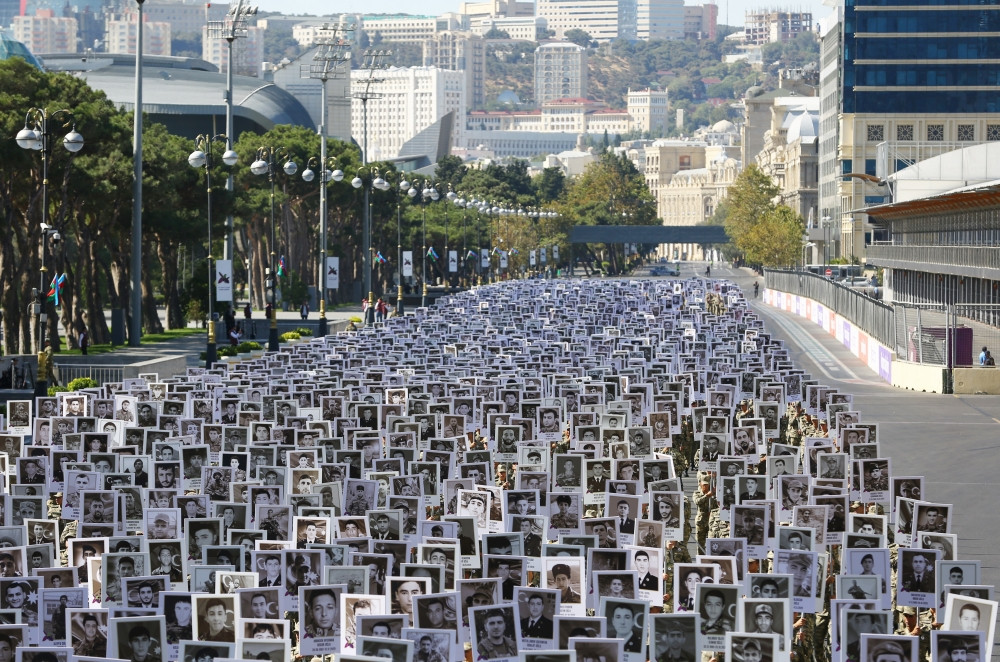