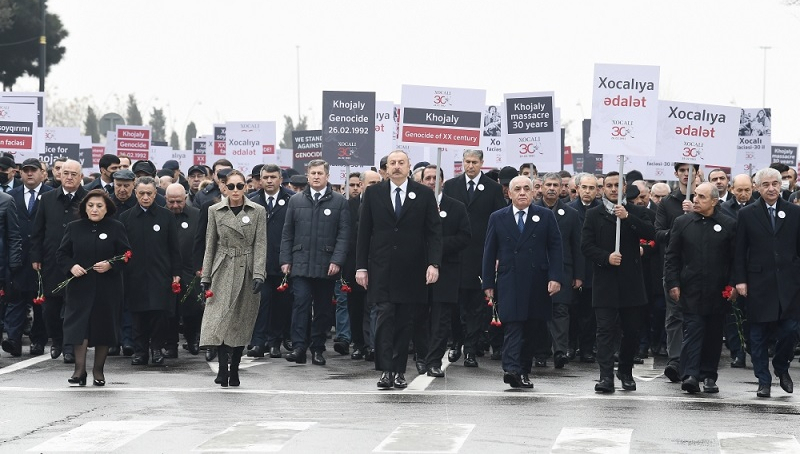 A nationwide march has been held in Baku on the 30th anniversary of the bloody tragedy, that went down in the history of mankind in the 20th century as the Khojaly genocide.

President of the Republic of Azerbaijan Ilham Aliyev and First Lady Mehriban Aliyeva attended the march.

The marchers arrived at Khatai district, the site where the Khojaly memorial is erected.

President Ilham Aliyev put a wreath at the memorial and paid tribute to Khojaly victims.

Participants in the nationwide march put flowers at the memorial. 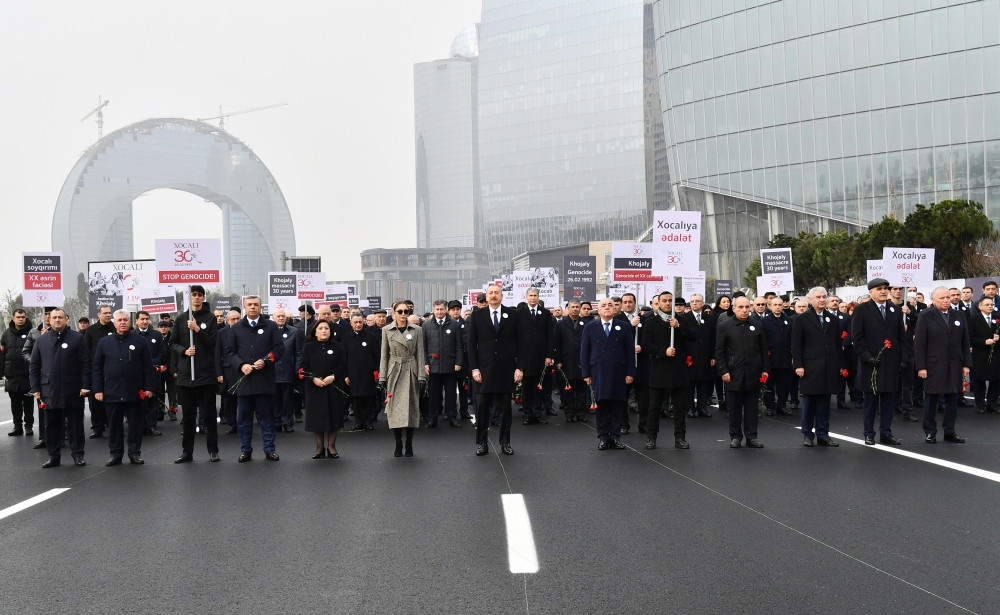 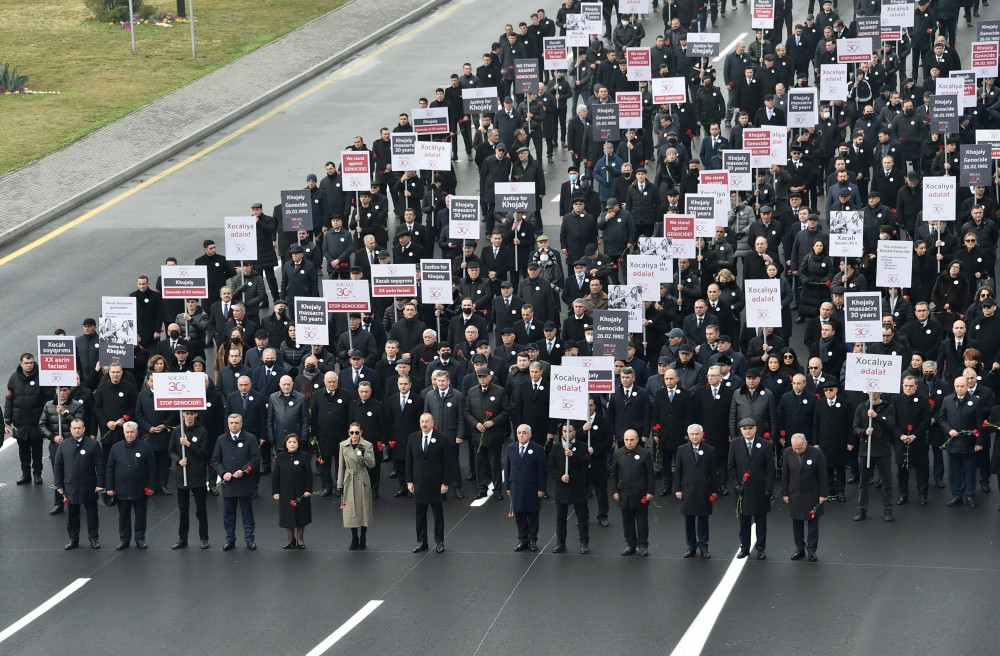 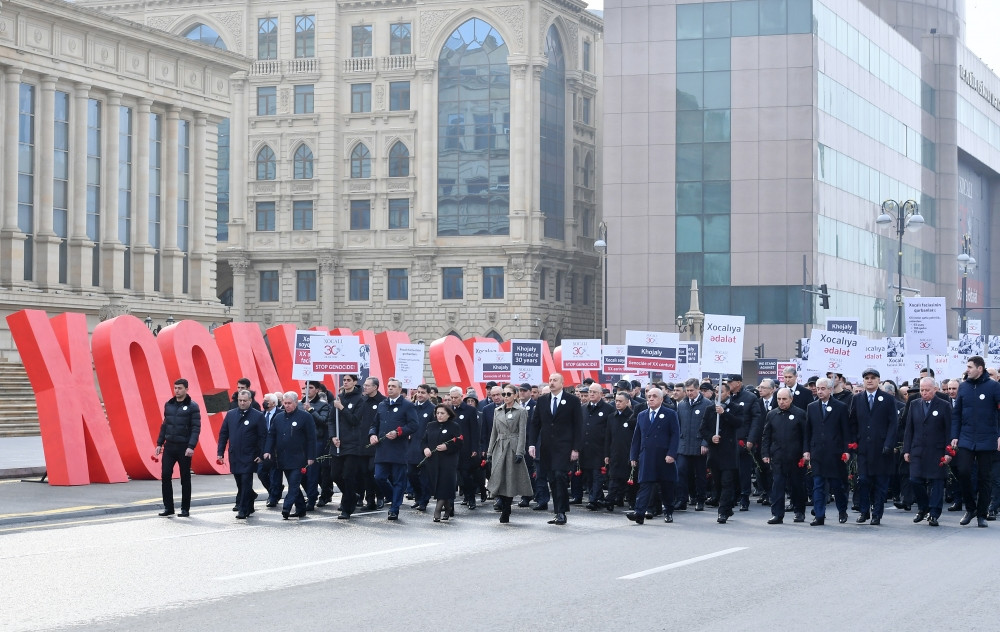 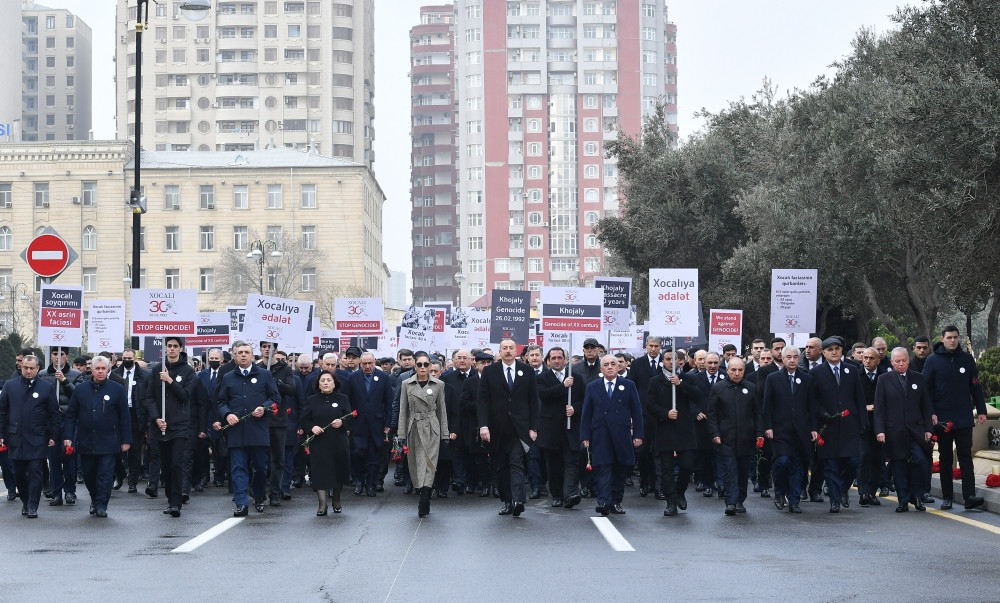 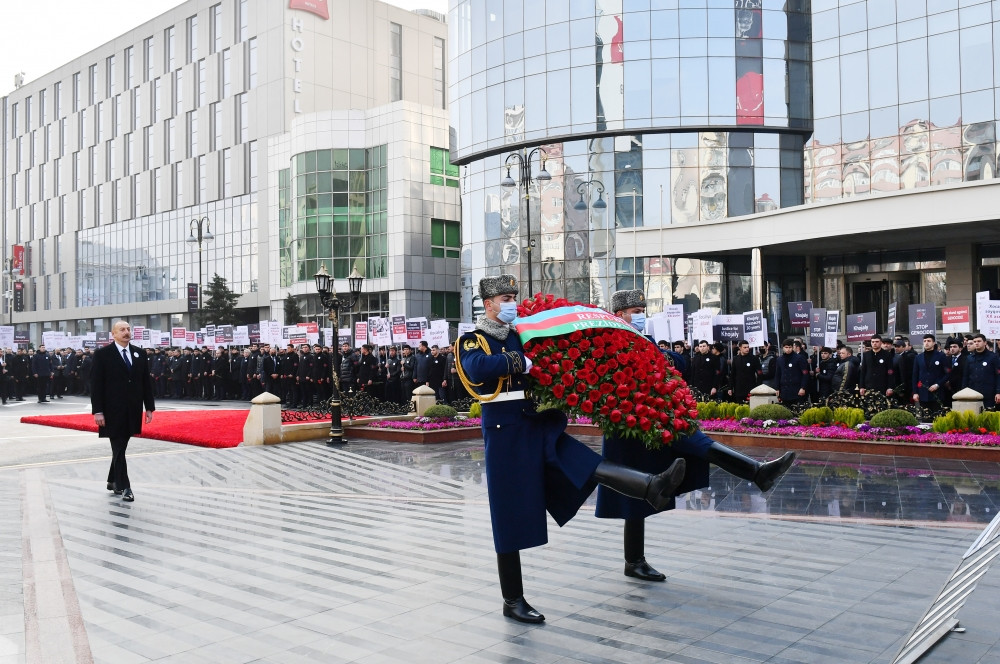 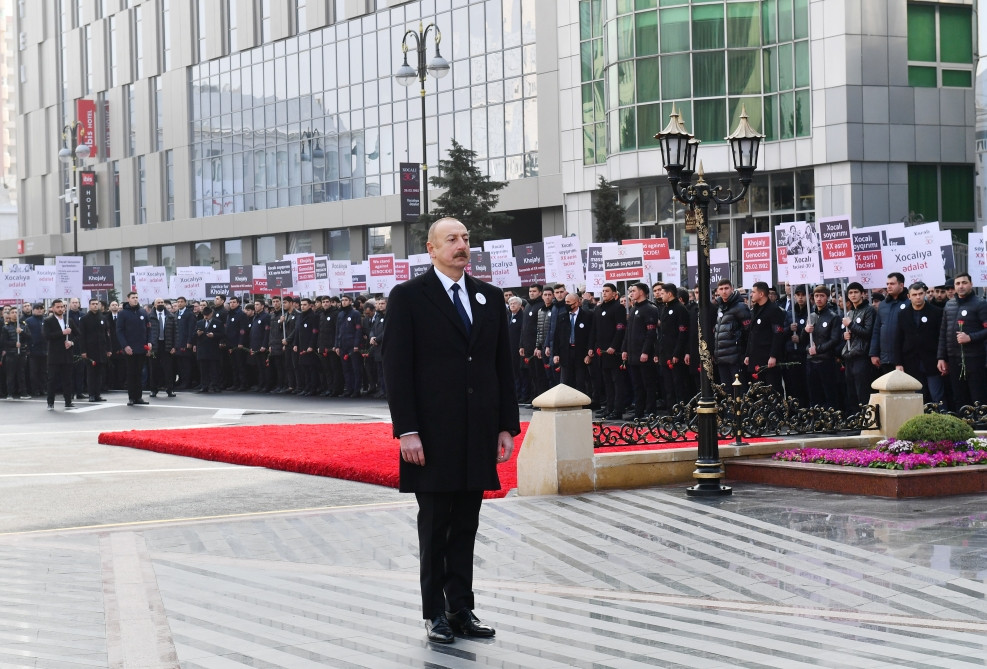 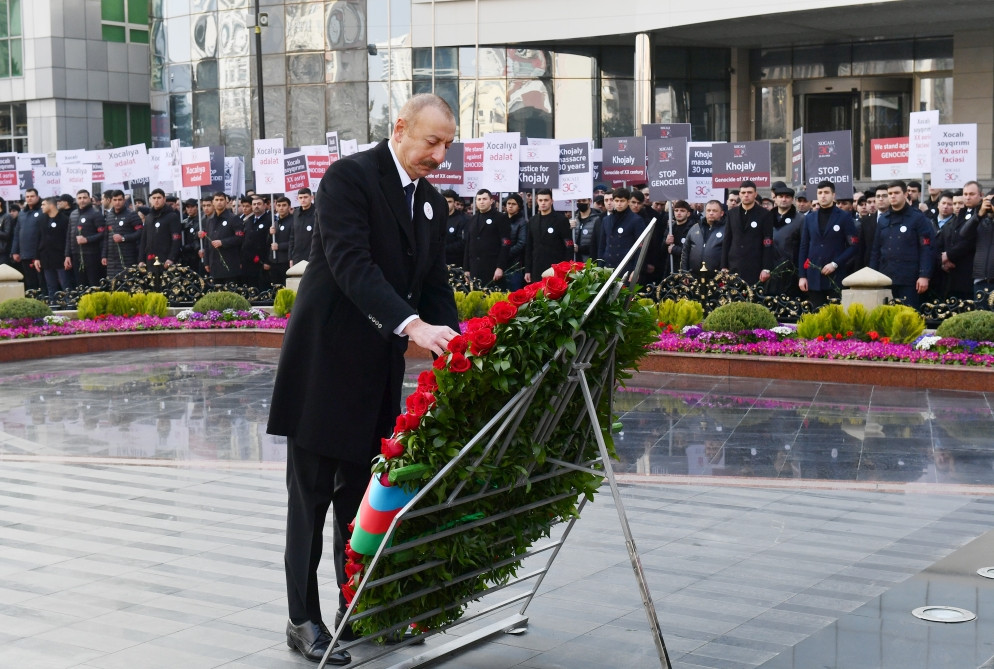 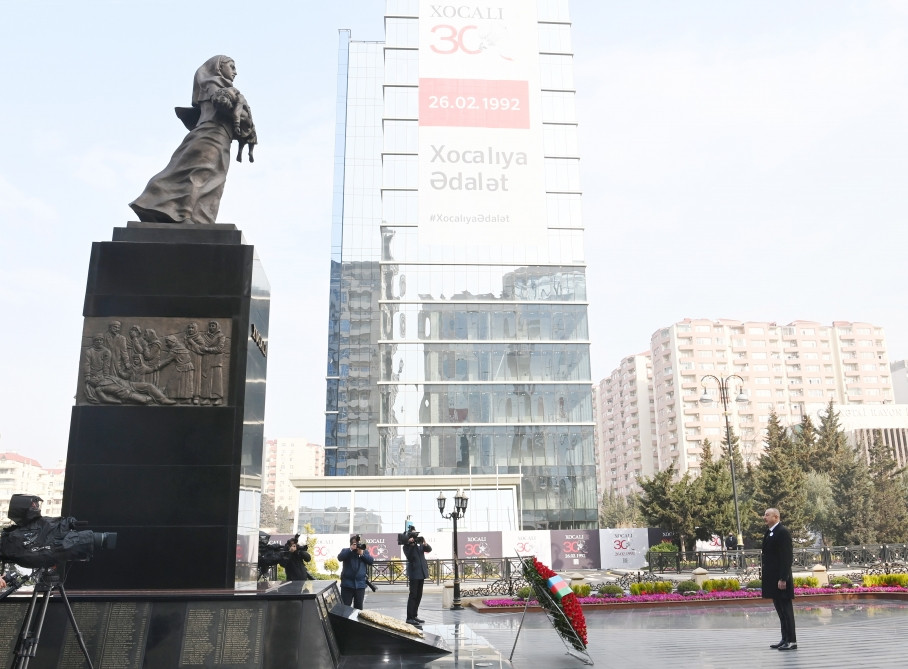 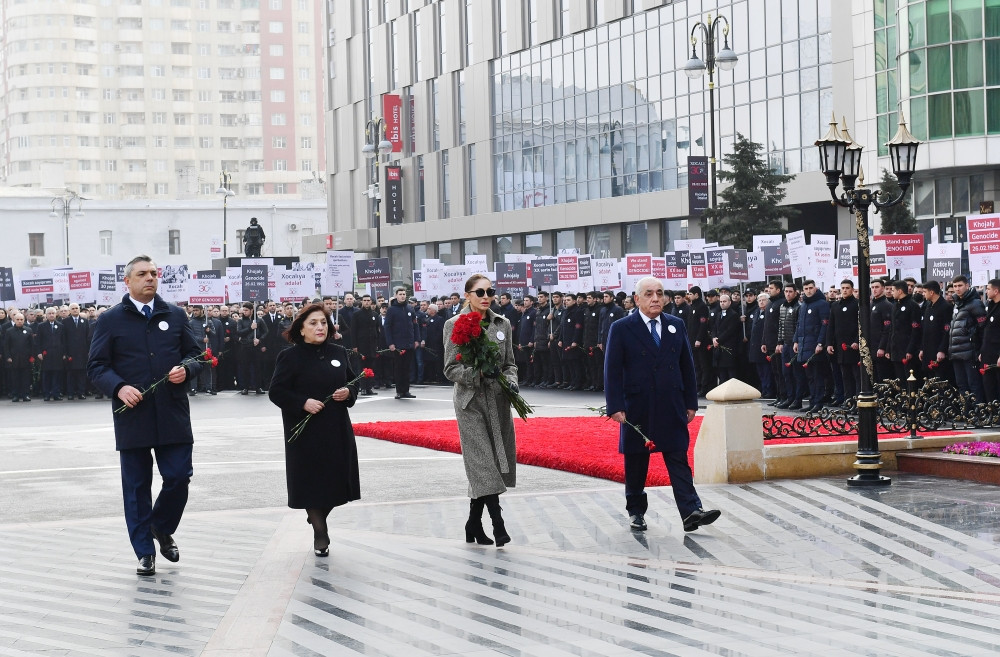