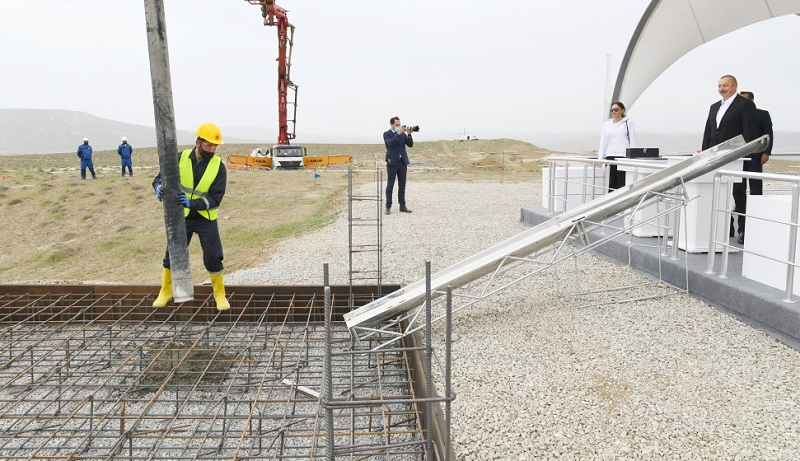 A groundbreaking ceremony has been held for Mud Volcanoes Tourism Complex in the territory of Gobustan village, Absheron district.

President of the Republic of Azerbaijan Ilham Aliyev and First Lady Mehriban Aliyeva attended the event.

Azerbaijan is known in the world as a region of rare and classical development of mud volcanoes. Of the 1,700 known mud volcanoes on Earth, 700 are in Azerbaijan– mainly in the Absheron Peninsula, Shamakhi-Gobustan, Southeast Shirvan and the Baku archipelago. A total of 350 of them are active volcanoes.

Chairman of the State Tourism Agency, Fuad Naghiyev, informed the President and the First Lady of the complex.

President Ilham Aliyev: What will visitors and tourists see here?

There are a number of advantages to creating a tourist complex at the site of “Gilinj” mud volcanoes. Factors such as proximity to one of the largest volcanoes in the world, “Toraghay”, the presence of three different groups of volcanoes in the area and the nearby Gobustan reserve add to the tourist importance of the area.

The head of state laid the foundation of the Mud Volcanoes Tourism Complex.

The 12-hectare complex includes a quad bike path, footpaths, a zipline and an observation tower, a parking lot, a souvenir shop, as well as therapeutic baths.

To build the road infrastructure to the area, there are plans to extend a 20-kilometer road from the Gobustan reserve to “Gilinj” and surrounding volcanoes and create the Baku-Gobustan-Mud volcanoes tourism cluster. 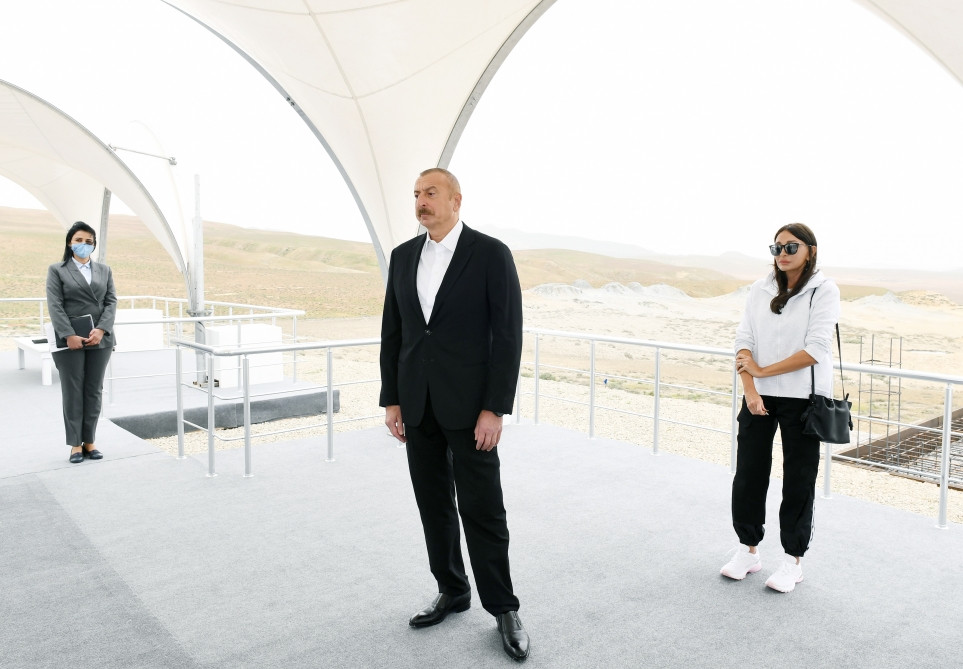 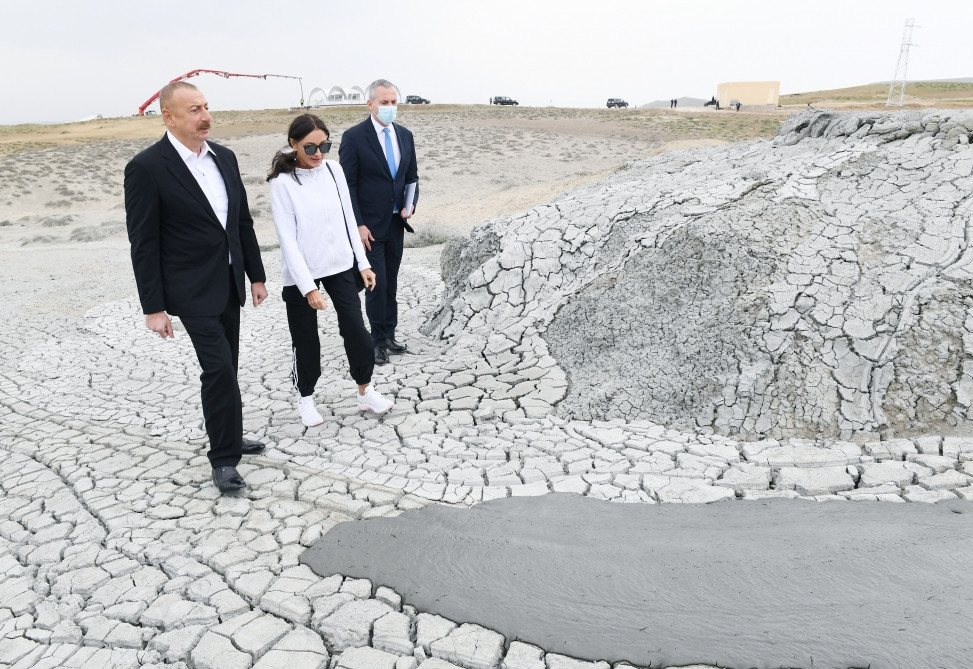 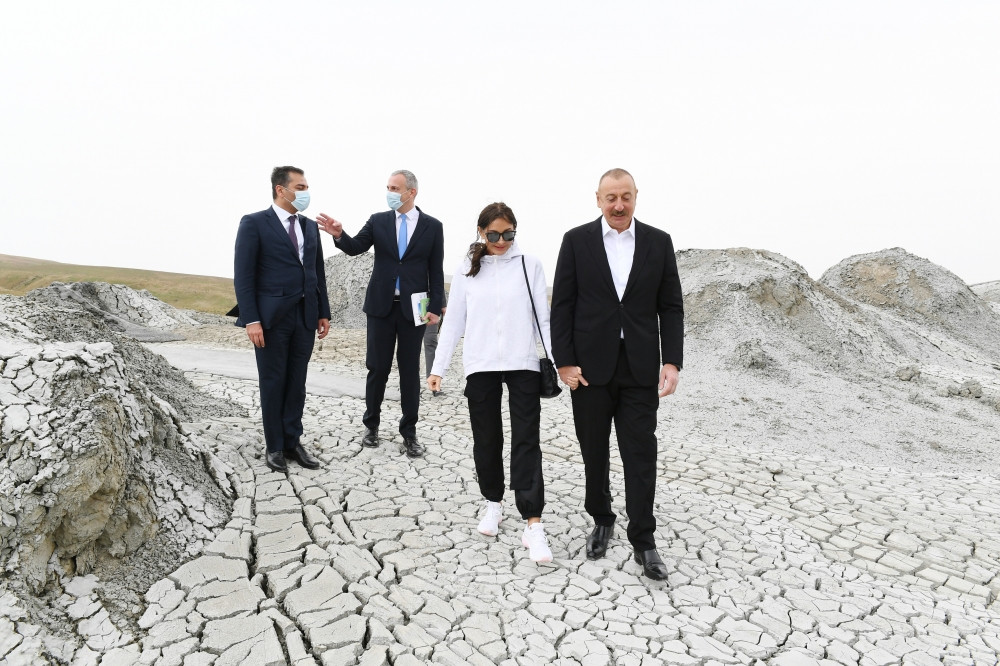 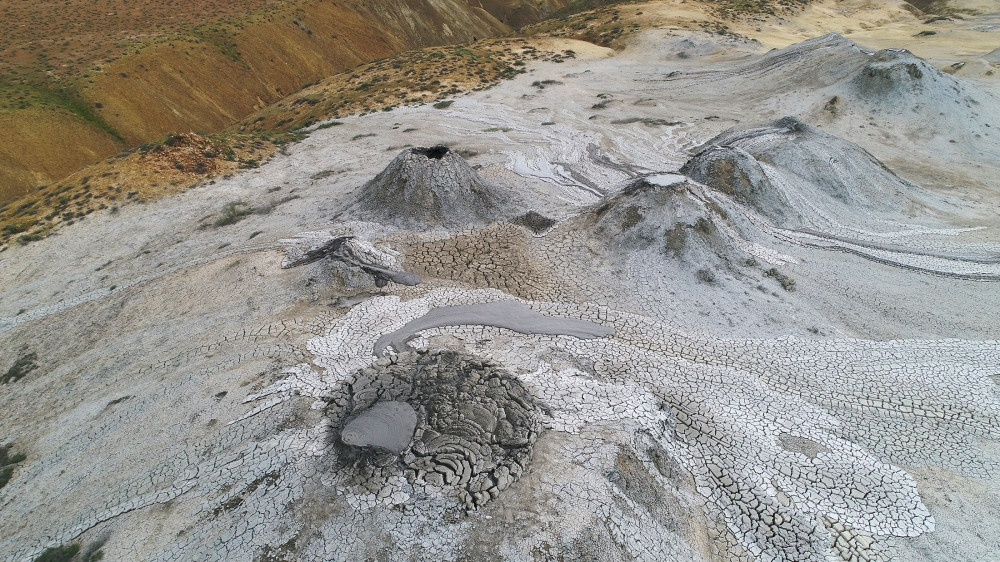