Azerbaijani President: During 44-day war we formed another army corps 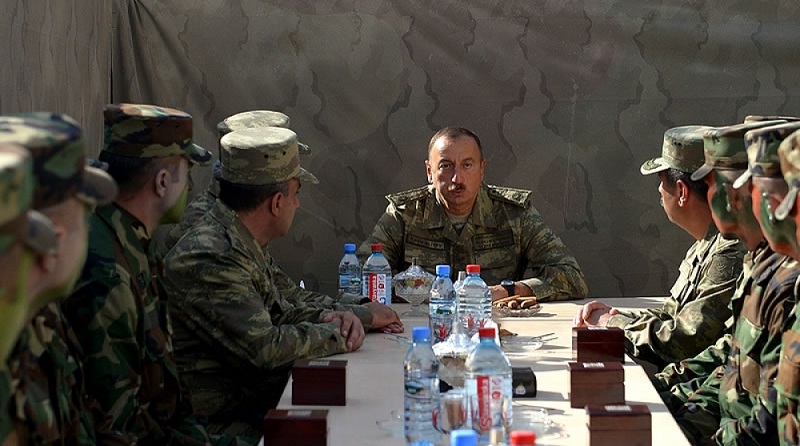 “Of course, we had to be very active in mobilizing our resources in a short time, even during the course of operations – both human and technical resources. I must say that during these 44 days we formed another army corps. We did that in a short time – the mobilization of the personnel of this corps was carried out in a matter of two days. They were also provided with all the necessary weapons and equipment. We also mobilized our technical capabilities, which allowed us the opportunity to conduct counter-offensive activities with greater effect,” President of Azerbaijan Ilham Aliyev said in his interview with Russian “Natsionalnaya oborona” magazine.

The head of state said: “A lot was done to ensure the safety of the population who lived close to the contact zone. We had hundreds of thousands of people living in those areas, and they were under the daily shelling of Armenian artillery. Therefore, a partial evacuation of the population was also carried out. Although I must say that the bulk of the inhabitants of these villages and cities remained in their homes and said that they would not leave their lands anywhere.”

“Naturally, we had been working for a long time to strengthen our potential, primarily to secure ensure economic independence. Because without that we would have been dependent on some financial investments or credit resources and, naturally, could not afford to modernize the armed forces. Therefore, practically from the first day of my tenure as President, we began work on securing economic independence. I think we achieved it in about six to seven years. By 2010, Azerbaijan was already fully capable of pursuing an independent economic policy, implementing reforms and investing heavily in infrastructure. Of course, the modernization of the armed forces in terms of the purchase of modern models of military equipment proceeded at a rapid pace,” President Ilham Aliyev added.