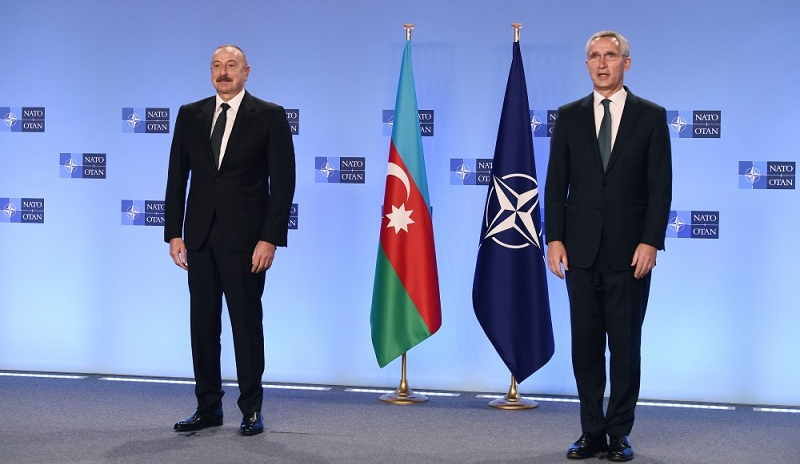 During the conversation, NATO Secretary General expressed his gratitude to President Ilham Aliyev for his visit to NATO last December and for his speech at the meeting of the North Atlantic Council-the organization’s supreme governing body.

The head of state thanked for the invitation and the hospitality.

The sides praised the development of Azerbaijan-NATO relations, and exchanged views on the post-conflict situation in the South Caucasus region, the ongoing processes around Ukraine and the current situation in the global energy market.

NATO Secretary General commended Azerbaijan for being a reliable gas supplier of Europe and for increasing gas exports.

President Ilham Aliyev noted that Azerbaijan would continue to be a reliable partner as an important exporter of energy products.