Azerbaijani President: Not only entire Muslim world but also whole world saw power of our athletes 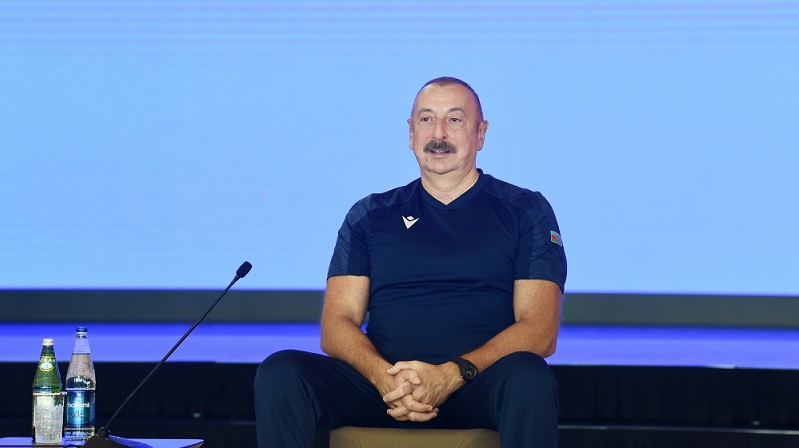 “Once again, not only the entire Muslim world but also the whole world saw the power of our athletes. Every time our Flag is raised and our National Anthem is played, every citizen of Azerbaijan feels rightly proud. Every single victory enhances our glory even more,” said President Ilham Aliyev as he met with the Azerbaijani athletes who succeeded in the 5th Islamic Solidarity Games.

“I told you during the meeting in Konya that you had additional responsibility because you would be representing a winning country in the Games. This is a factor of pride, but at the same time, it is a great responsibility. Realizing this responsibility, you represented our country with dignity,” the head of state mentioned.

“Every athlete felt absolutely at home. At the opening ceremony, we also witnessed our Turkish brothers warmly greet our athletes when Team Azerbaijan entered the stadium. It looked as though our team was entering a stadium in Baku. This really shows again how interconnected our nations are. It shows that not only the presidents are brothers to each other – our nations and athletes are brothers too. There in the stadium, tens of thousands of viewers welcomed Team Azerbaijan as their home team,” President Ilham Aliyev added.