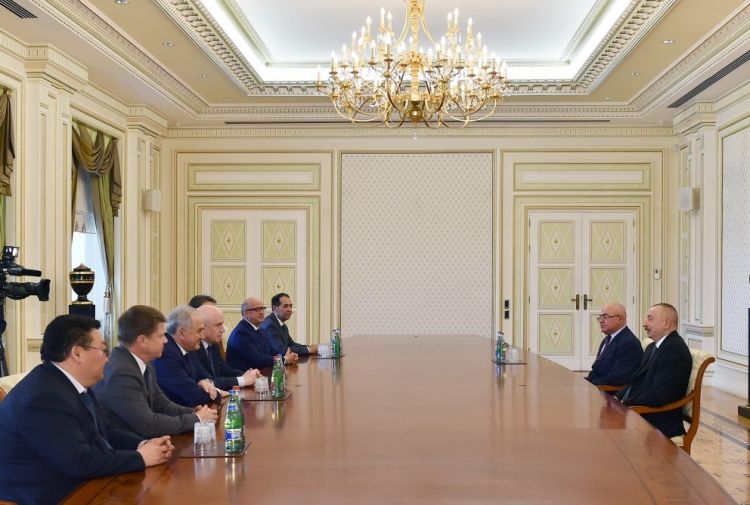 APA reports that president Ilham Aliyev said he hopes the effective discussions will be held and relevant decisions will be made at the meeting.

Head of the state expressed satisfaction with holding of the meeting in Baku. Stressing important role of customs services in the development of the country, the president noted the role of these services in formation of budget revenues and dynamic of economic development. Speaking about serious reforms in Azerbaijan’s customs sphere, the head of state said that despite the trade turnover declined slightly, effective reforms caused increase of collection of customs duties.

President Ilham Aliyev underlined importance of mutual exchange of experience. He noted that all fields of cooperation within CIS are of great importance for Azerbaijan and our country hosted a number of events within the CIS. President Aliyev wished success to activity of the meeting.

Chair of the CIS Executive Committee- Executive secretary Sergei Lebedev expressed his gratitude to Azerbaijani president for organization of the meeting at high level and Azerbaijan is already implementing several projects within CIS successfully. According to him, Baku has become more beautiful than his previous visit.