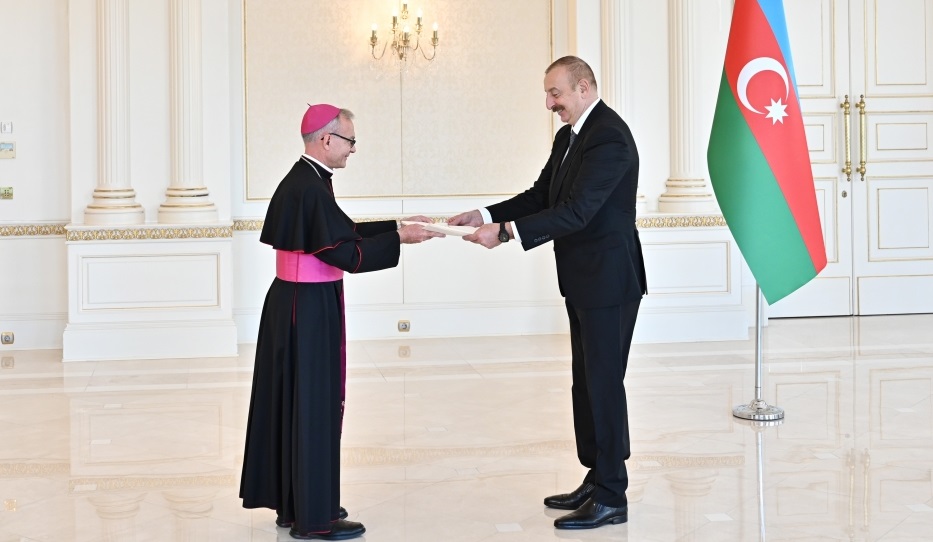 President of the Republic of Azerbaijan Ilham Aliyev has received credentials of the newly appointed apostolic nuncio of the Holy See Archbishop Marek Solczynski.

The apostolic nuncio of the Holy See said that he was honored to present his credentials to the President of Azerbaijan. Marek Solczynski stated that Pope Francis had asked him to convey his greetings to President Ilham Aliyev and First Lady Mehriban Aliyeva. He said that the Pope prays for the success of President Ilham Aliyev`s mission to lead the people with dignity.

Then Marek Solczynski presented his credentials to the head of state.

Speaking with the apostolic nuncio, President Ilham Aliyev expressed his gratitude for the greetings and asked him to convey his greetings to the Pope.

President Ilham Aliyev recalled with pleasure his meetings with the Pope in Azerbaijan and the Vatican, and emphasized that he always feels his sincere attitude towards Azerbaijan. Describing the official visit of the Pope to Azerbaijan as a historic visit, the head of state said that it demonstrated the bilateral relations, as well as the need to promote the spirit of partnership, multiculturalism, peace and tolerance values. President Ilham Aliyev said that Azerbaijan's embassy in the Vatican would start operating and expressed confidence that it would serve the dynamism of cooperation.

The head of state also expressed his satisfaction with Azerbaijan's participation in the restoration of the historical sites of the Vatican and, evaluating it as a contribution to intercultural dialogue, said that the Azerbaijani side was ready to continue this work.

President Ilham Aliyev stated that the intercultural dialogue forum regularly held in Azerbaijan serves the expansion of international cooperation in this field.

Marek Solczynski, who said that he had a very good impression of visiting Baku again, expressed his satisfaction with the development of cooperation between Azerbaijan and the Holy See in various areas. 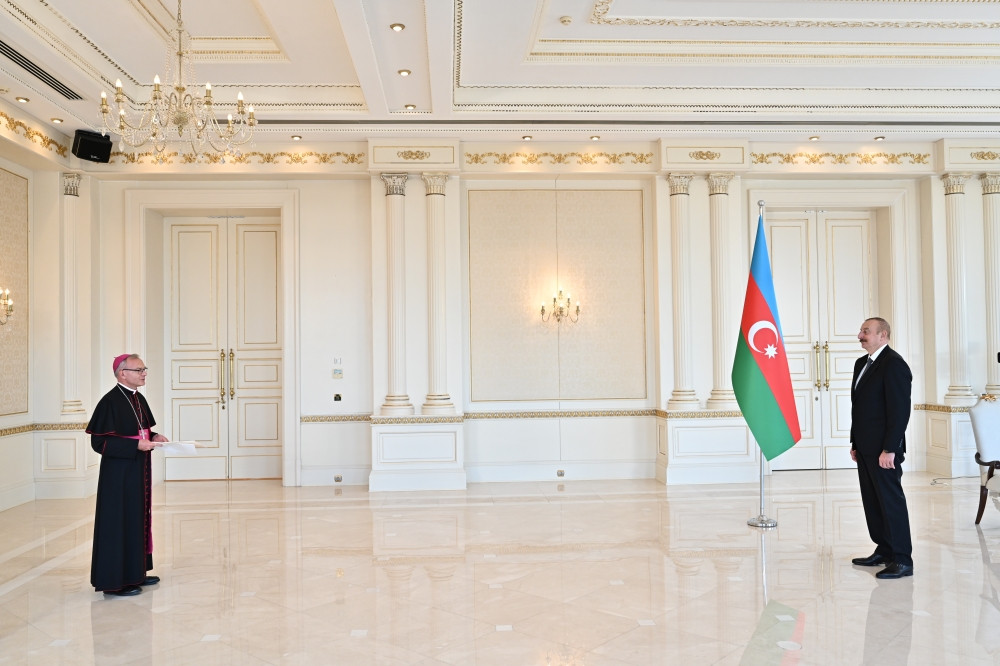 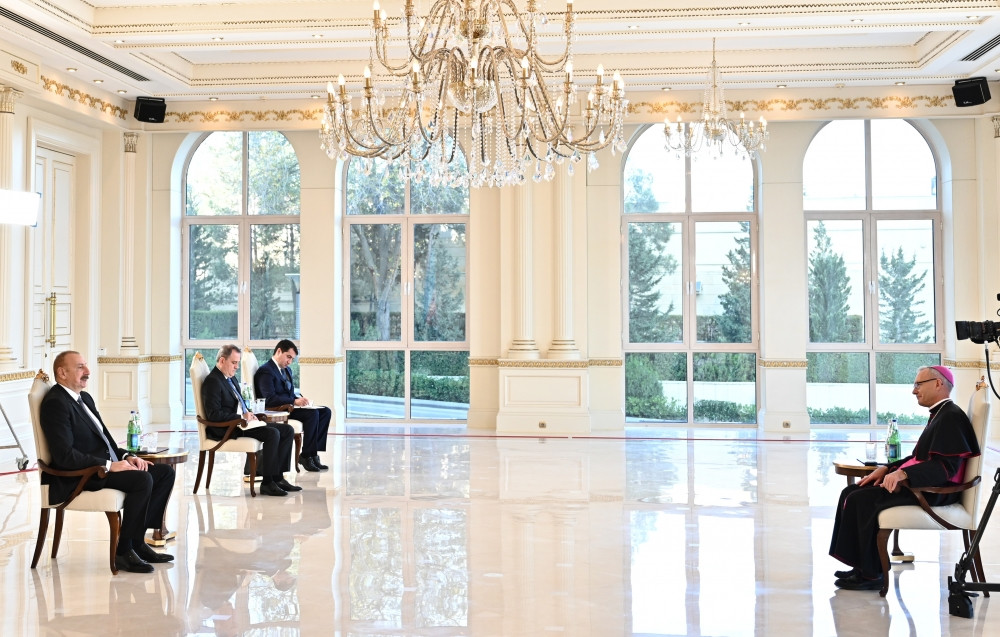