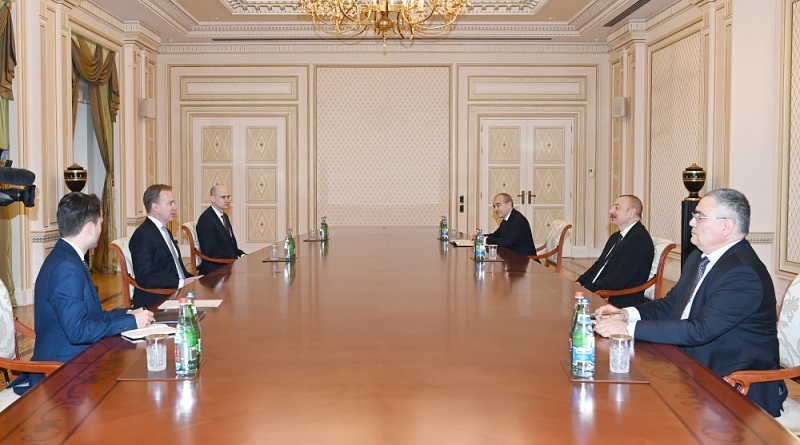 President of the World Economic Forum Borge Brende hailed the fact that during their visit to the country, they attended the opening of the Azerbaijan Center of the World Economic Forum's Network of the Fourth Industrial Revolution Center. He noted the importance of economic achievements of Azerbaijan in all areas, as well as the significance of making the Azerbaijani economy an important factor in the region.

The sides exchanged views on prospects for bilateral cooperation and issues of mutual interest.

Borge Brende conveyed an invitation of the Forum's Founder and Executive Chairman, Klaus Schwab, to President Ilham Aliyev to attend the next meeting of the World Economic Forum.