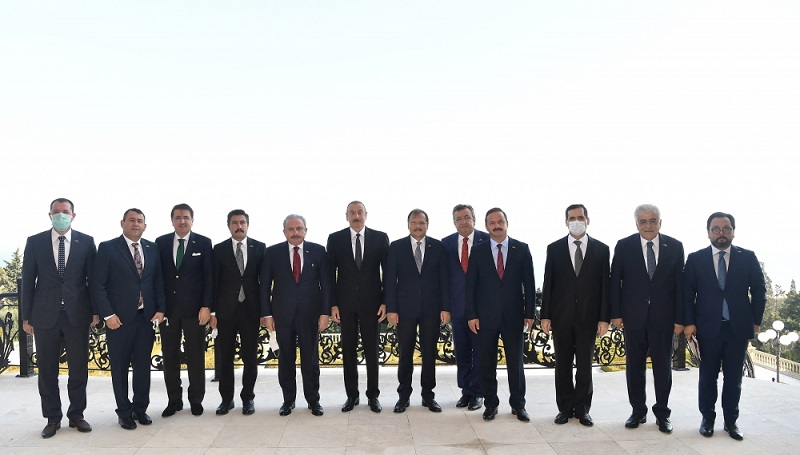 President of the Republic of Azerbaijan Ilham Aliyev has received a delegation led by Speaker of the Grand National Assembly of Turkey Mustafa Sentop.

- Welcome! I cordially greet you.

Speaker of the Turkish Grand National Assembly Mustafa Sentop: Good to see you!

President Ilham Aliyev: I am very glad you are here. Your visit has a special significance in this difficult time for our country. This is further evidence of Turkey's brotherly attitude towards Azerbaijan, a manifestation of solidarity. We have felt the support of Turkey since the start of these events and we feel it today. My dear brother, esteemed President, has made very positive and clear statements. These statements pleased the people of Azerbaijan, showed the whole world that the Turkish-Azerbaijani unity is unshakable, and we stand by each other in difficult times. I have said this several times and I want to say again that if this open position had not been demonstrated, other forces could have intervened. Armenia's goal is exactly that, they want to expand the geography of this conflict but they are completely wrong. They see that they cannot confront us on their own. We are defeating them on the battlefield. Very good news comes from the front every day. This morning I announced the liberation of more villages. The Azerbaijani Army is on the victory march and all the tasks before us are being fulfilled.

The support of the Turkish state and people is of special importance. Turkey and Azerbaijan are the closest countries in the world. It is impossible to find other countries elsewhere in the world that would be so close to each other as Turkey and Azerbaijan. We are always next to each other. It will continue to be the case. The statements of the Turkish Grand National Assembly, your, Mr. Speaker, statements, the statements of ministers and the letters I receive from ordinary citizens of Turkey are a manifestation of great solidarity.

Thank you again for this position, for the position of brotherhood, and for your visit. I am confident that your visit will open a new page in the history of our fraternal relations. Welcome!

We have friends from different parties here. We have come with a highly representative delegation because we wanted to express our support.

We always say this in Turkey. In the Tovuz attacks, four political parties made a statement in our Parliament, and after 27 September they made another statement. But we wanted to repeat and say all this in Baku. The support and prayers of our nation are always with Azerbaijan, with you. We pray for the success of Azerbaijan, and as a whole nation we rejoice when we receive good news. May Allah bless you and grant you victory.

Of course, Turkey's support for Azerbaijan is underpinned by friendship and brotherhood. Your Excellency, as you said, there are no other countries in the world that would be as friendly and brotherly as Azerbaijan and Turkey. We say “one nation, two states”. There are historical grounds for this. In the evening we were in the Alley of Martyrs where there are martyrs from 34 provinces of Turkey. They rest here and their names are on the tombstones. We, as Turkey, have been here on difficult days of Azerbaijan, we are next to Azerbaijan sharing in its sorrow and joy. This is also the case with you. The statement you made when you received the Greek Ambassador was followed with great attention and joy and was highly appreciated in Turkey.

Our support for Azerbaijan is not only about friendship. This struggle is Azerbaijan’s just struggle. It is also historically right because Nagorno-Karabakh has always been the land of Azerbaijan throughout history, a part of the Azerbaijani homeland for hundreds of years. This was the case during the Soviet era and during Tsarist Russia. Azerbaijan is also right in terms of international law.

President Ilham Aliyev thanked for President Recep Tayyip Erdogan’s greetings and asked the Speaker to convey his greetings to the Turkish President.

A photo then was taken. 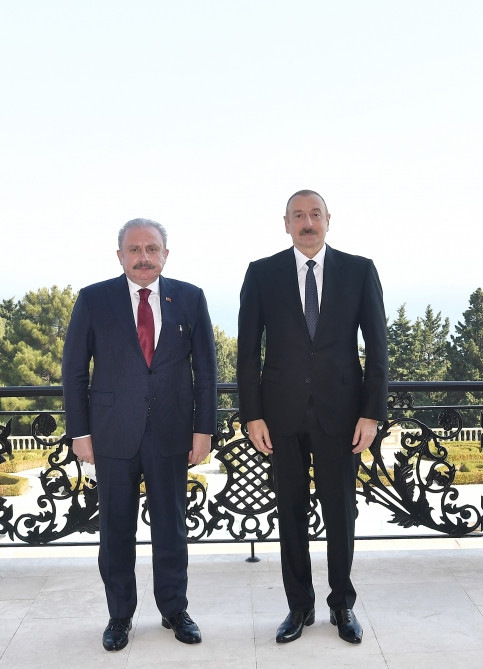 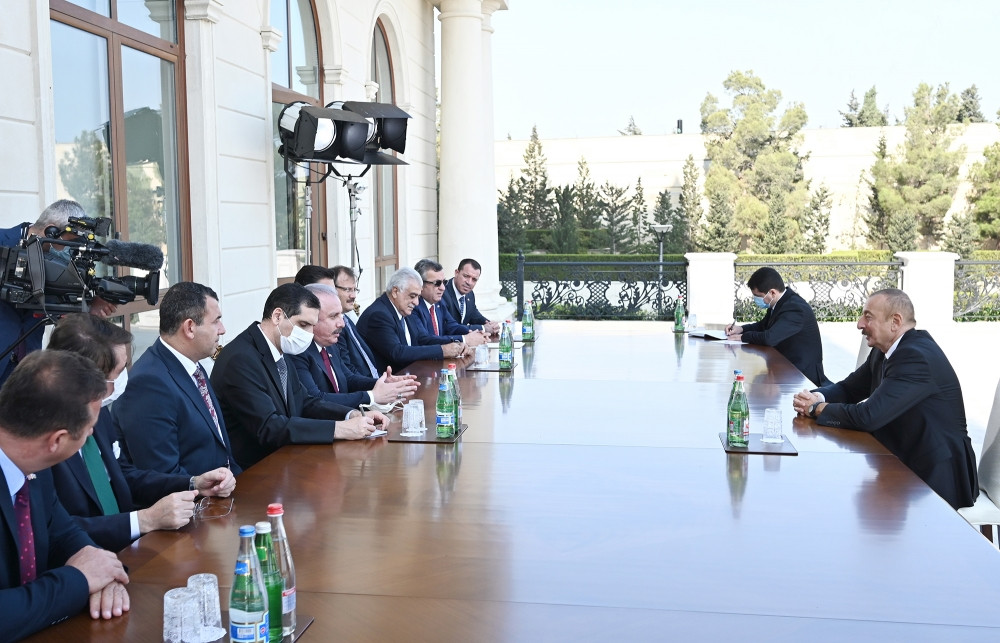