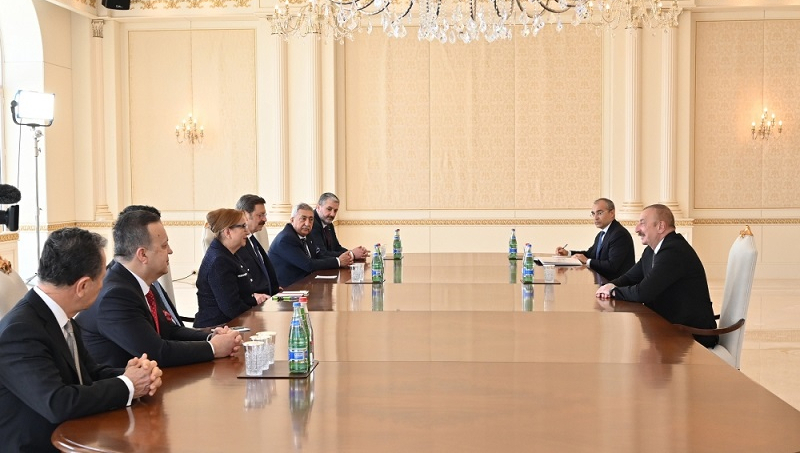 Saying Turkey is proud of Azerbaijan’s achievements, Ruhsar Pekcan added that the Turkish people closely followed the events in Azerbaijan and the activities of President Ilham Aliyev during the Patriotic War, and that rejoiced in the successes achieved.

President Ilham Aliyev emphasized that he has always felt the support of the Turkish people adding that the Turkish public stood by Azerbaijan during the Patriotic War as well.

The head of state highly appreciated the important statements made by Turkish President Recep Tayyip Erdogan from the very first day of the war. President Ilham Aliyev pointed to the activities of the Turkish media in the Patriotic War and hailed its special role in disseminating news about the war in the world.

Saying he had received many letters of support from the Turkish public both during and after the war, the head of state described it as another manifestation of unity between the two countries.