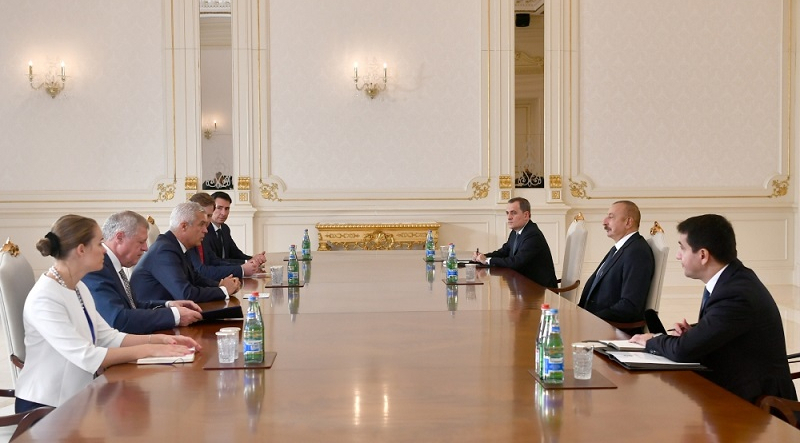 President of the Republic of Azerbaijan Ilham Aliyev has received Minister of Foreign and European Affairs of the Slovak Republic Ivan Korcok.

The sides hailed the development of bilateral relations between Azerbaijan and Slovakia and pointed out the active political contacts. The importance of reciprocal visits was underlined in this regard.

Slovak Minister of Foreign and European Affairs Ivan Korcok noted that his country considers Azerbaijan as a country with good opportunities for economic cooperation, saying that the Slovak side attaches great importance to President Ilham Aliyev's support for efforts to develop economic relations with Azerbaijan. The minister hailed the importance of improving the legal basis for expanding economic cooperation. Ivan Korcok expressed the Slovak companies’ keenness to be closely involved in construction and renovation projects in the liberated territories of Azerbaijan.

The sides exchanged views on prospects for cooperation and bilateral relations between Azerbaijan and the European Union.