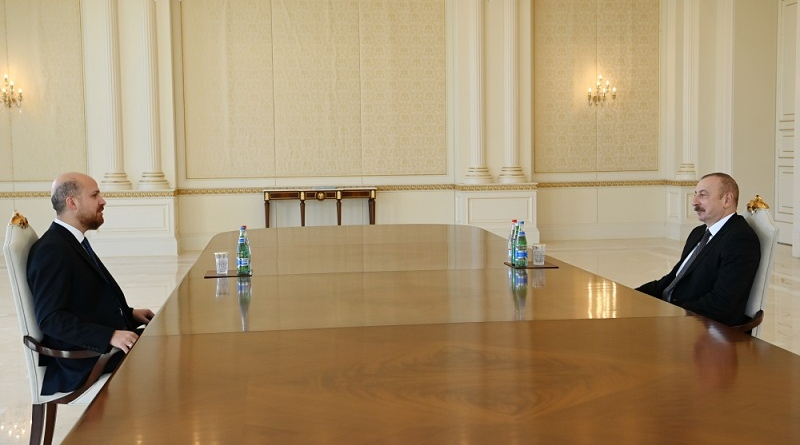 The sides underlined the importance of the Baku-hosted 5th International Ethnosport Forum under the motto “The Reviving Traditional Sports”, and hailed the excellent organization of the event. The Azerbaijani people’s great interest in traditional sports was pointed out at the meeting.

The sides expressed confidence that this event would contribute to the expansion of international cooperation in the field of sports.

Bilal Erdogan then presented the "Leadership Award" within the Traditional Sports Awards of the World Ethnosport Confederation to President Ilham Aliyev for his services in global recognition and increasing the popularization of ethnosports and games, his leadership, selfless approach to the development of traditional sports, and his constant active support for sports and athletes.