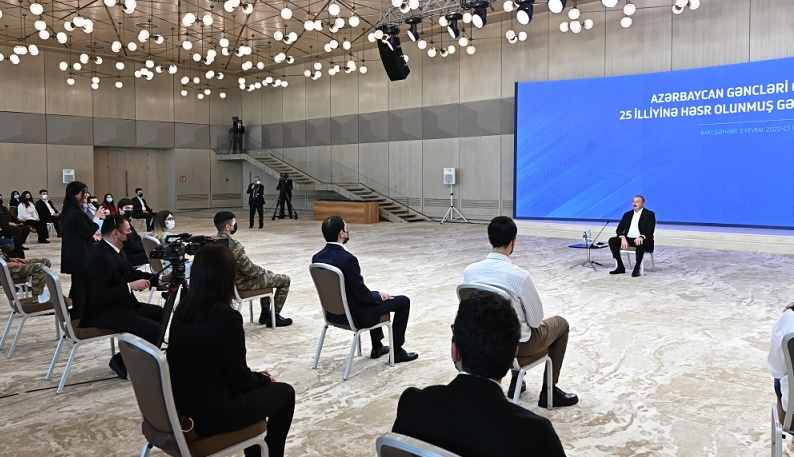 Shusha was an alien city for Armenians, Azerbaijan’s President Ilham Aliyev said in a response to a question by a young man at the Youth Forum on Wednesday, News.Az reports.

“If it was an Armenian city, why is it in a bad situation? Why did they not look after this city? Why did they drain all the springs?", the head of state said.

President Aliyev said only 1,500 people lives in Shusha when the city was liberated by the Azerbaijani army.

He added: “True, when we approached Shusha, they left it. But 90 percent of those who lived there were servicemen and their families. Well, if this was an Armenian city, why did they not live there? Why is it so dilapidated? Why did they destroy the city throughout those years?”'