Azerbaijani President: We managed to break through enemy's first line of defense on first day, and after that we went only forward all 44 days 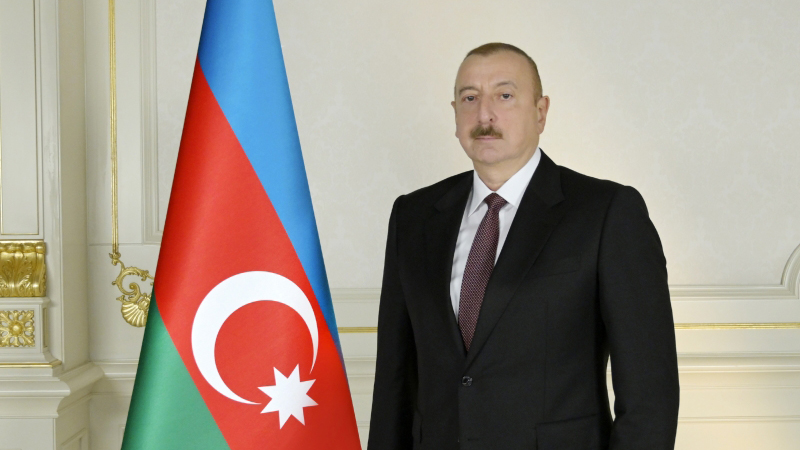 “On September 27, I was informed by the Minister of Defense that our positions on the line of contact and some settlements were subjected to artillery fire from Armenia. The decision was made to give an adequate response. Thus we entered the war, which, as it turned out, was inevitable,” President of Azerbaijan Ilham Aliyev said in his interview with Russian “Natsionalnaya oborona” magazine.

“Events developed very fast. After the first day of hostilities, we liberated strategically important heights in Kalbajar district, in the Murovdag mountains in the direction of Aghdara, as well as six villages – four in Fuzuli and two in Jabrayil districts. We managed to break through the enemy's first line of defense on the very first day, and after that we went only forward all 44 days,” the head of state said.

President Ilham Aliyev added: “A plan of hostilities in a country that was in a state of war, albeit a frozen one, had been developed for all occasions a long time ago, of course. Naturally, taking into account new realities, taking into account the new opportunities, including the technological capabilities of Azerbaijan, changes were occasionally introduced to this plan, and each time these changes were approved by me. This is natural. I also know that the Armenian side also had a plan of action in case of war. Essentially, they started implementing it on 27 September. Thus, the basis for our actions during the war was developed long before the outbreak of hostilities last year, of course, but during the course of military operations we made changes to it. This was due, first of all, to the fact that over the years it was impossible to avoid even a small leak of information. We assumed that the enemy was generally aware of our intended actions. The combat zone is quite limited in size, and any military specialist can determine where the main operations will take place, of course. Therefore, we made adjustments to the combat plan one might say on a daily basis. Every day I held meetings with the leadership of the Ministry of Defense, the State Border Service, the Ministry of Internal Affairs, the State Security Service and the Foreign Intelligence Service. In these meetings, we summed up the results of the day, identified shortcomings, and also planned and approved actions for the next day.”