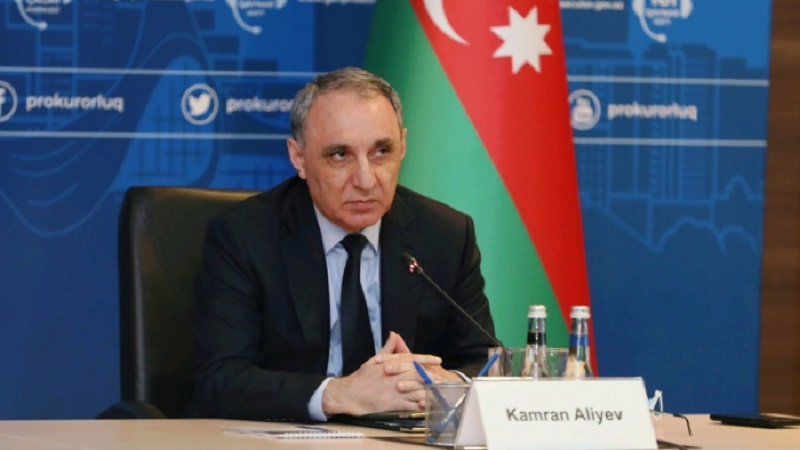 The Prosecutor General's Office of Azerbaijan has obtained credible evidence that Armenia commits various crimes against the civilian population of the Republic of Azerbaijan and that foreign mercenaries have been participating in these crimes.

Kamran Aliyev, Prosecutor General of the Republic of Azerbaijan, has addressed his colleagues both directly and via diplomatic channels regarding the incidents.

The statement reads as follows:

Starting from September 27th 2020, the military-political leadership of the aggressor Armenia continues its provocative actions, flagrantly violating its obligations under the Geneva Conventions and international law in general. Densely populated areas of Azerbaijan, where strategic facilities are located or passing, including the cities of Mingachevir (Hydro Power Station) and Yevlakh (Baku-Tbilisi-Jeyhan oil pipeline), Ganja, Absheron and Khizi districts situated far away from the war zones, have been subjected to heavy artillery bombardment. As a result of the Armenian military aggression, 31 civilians, including 3 children and 9 women were killed, 164 civilians were seriously injured, a total of 1054 houses, 45 apartment buildings and 142 civilian objects were destroyed so far. In order to prevent the Armenian aggression and ensure the security of the civilian population, the Armed Forces of the Republic of Azerbaijan are carrying out effective counter-offensive operations and adequate response measures in full compliance with international humanitarian law.

Due to the significant loss of manpower in the Armenian armed forces as a result of effective response measures of the Azerbaijani Army, the Armenian diaspora living abroad at the behest of the country's military and political leadership organizes the transportation of mercenaries to Nagorno-Karabakh region to fight against the armed forces of the Republic of Azerbaijan. These actions jeopardizing international security are inconsistent with international law and are considered a crime under either Azerbaijani or national legislation of foreign countries.

I state that upon two facts criminal cases have already been initiated by the Prosecutor General's Office of the Republic of Azerbaijan under the relevant articles of the Criminal Code. Relevant investigative operational measures are ongoing. Mutual legal assistance requests were submitted to competent authorities of countries of their citizenship.

Furthermore, the Prosecutor General's Office of the Republic of Azerbaijan continues to apply resolute criminal measures against individuals and legal entities engaged in illegal economic and other activities in the occupied territories of our country.

I vigorously call on the competent authorities of foreign countries to take effective, preventive and urgent measures to prevent such illegal actions.