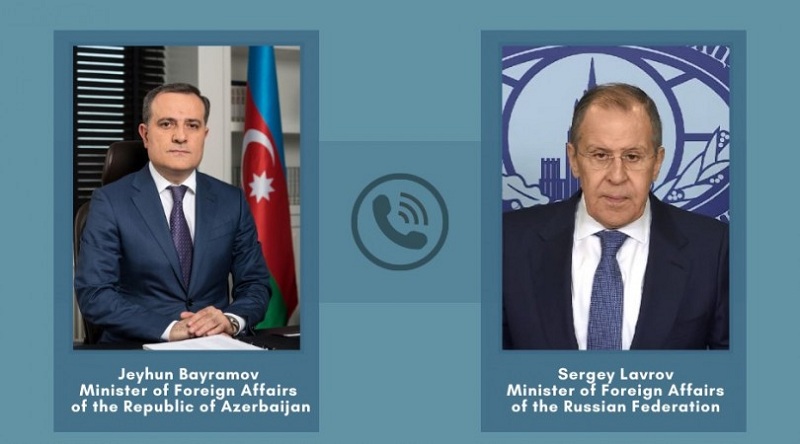 During the phone talk, the ministers discussed the current situation on the Azerbaijani-Armenian border and issues related to the implementation of trilateral statements, including the activity of the trilateral working group on opening economic and transport ties in the region, the Azerbaijani ministry said.

In addition, Bayramov and Lavrov exchanged views on issues on the agenda of bilateral cooperation, including within the framework of international organizations.

Moreover, during the conversation, other issues of mutual interest were discussed.