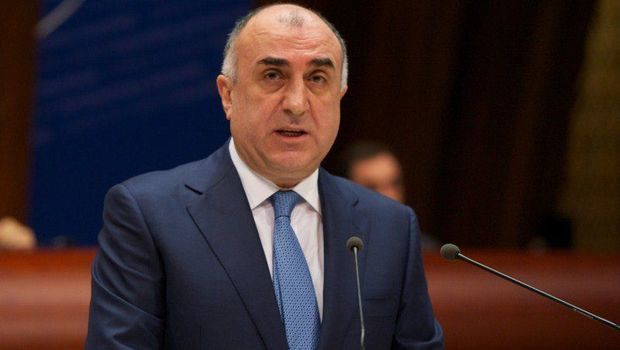 Foreign Minister Elmar Mammadyarov said in his letter to his counterpart that 20 years have been marked by the continuous development of relations between Azerbaijan and Serbia in political, economic, scientific, cultural and humanitarian spheres.

Elmar Mammadyarov noted that during those years, Azerbaijan and Serbia have mutually supported each other within international organizations. In this regard, the Minister expressed gratitude for Serbia's principled position on the soonest settlement of the Armenia-Azerbaijan Nagorno-Karabakh conflict based on the principle of inviolability of the sovereignty, territorial integrity and internationally recognized borders of the Republic of Azerbaijan.

Elmar Mammadyarov underlined that with the signing  of the Declaration on Friendship and Strategic Partnership between the heads of the two countries on February 8, 2013, bilateral relations between Azerbaijan and Serbia moved to a new level. The Minister also said that the declaration would create new perspectives for the further expansion of the Azerbaijani-Serbian cooperation and expressed confidence that the goals set will be successfully implemented in the coming years.

Serbian Foreign Minister Ivica Dacic in his letter to Elmar Mammadyarov said that besides strengthening fraternal and mutual respect relations over the past period, a stable foundation was created for long-term and close cooperation between the two countries. In this regard, the Minister expressed his satisfaction with the development of traditionally friendly relations based on the principles of equality and mutual trust between Serbia and Azerbaijan on the high level of strategic partnership.

Dacic expressed hope that the mutual cooperation between the two countries will continue to develop successfully in various fields as a result of joint efforts.

In the end, the Serbian Minister expressed his gratitude for the principled position of Azerbaijan on the protection of Serbia's territorial integrity and sovereignty.