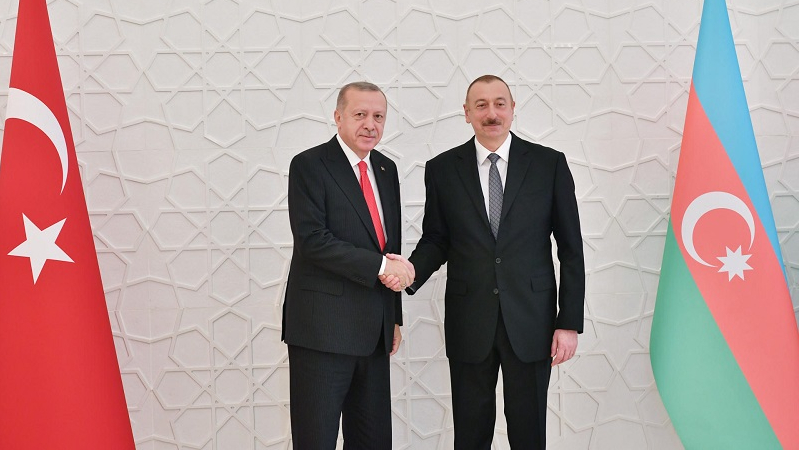 The heads of state congratulated each other on Azerbaijan`s brilliant victory in the Karabakh war. President Ilham Aliyev once again thanked the President of Turkey and the Turkish people for their political and moral support for Azerbaijan during the war.

Recep Tayyip Erdogan expressed gratitude to the President of Azerbaijan for the high appreciation of his country`s support.

The Azerbaijani and Turkish presidents said that the two friendly and brotherly countries and peoples will continue to stand by each other.

During the phone conversation, the sides hailed the establishment of a Turkish-Russian peacekeeping center to monitor the ceasefire and expressed confidence that this center will contribute to ensuring lasting peace in the region.