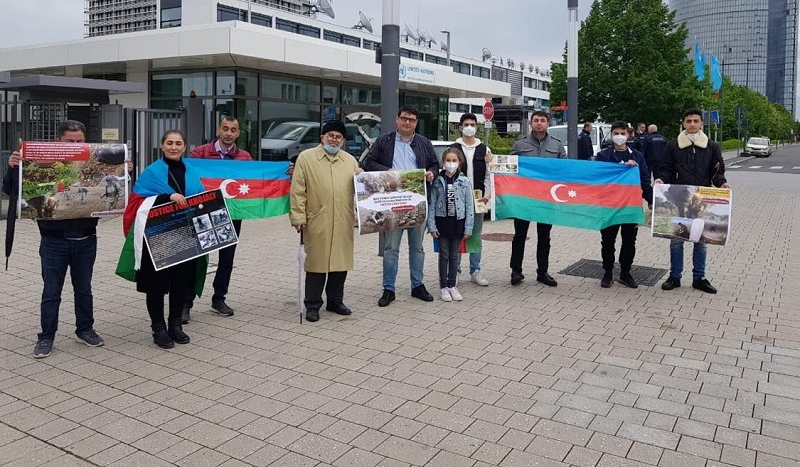 A protest rally was held in front of the UN Campus in Germany’s Bonn city against Armenia's refusal to provide Azerbaijan with maps of minefields in liberated territories, the State Committee for Diaspora Affairs told News.Az.

The rally was initiated by the German-Azerbaijani House of Culture functioning in Cologne city.

According to Altay Rustamov, chairperson of the German-Azerbaijani House of Culture, along with Azerbaijanis, representatives of the Bonn International Center for Conversion took part in the event, organized in compliance with the quarantine requirements.

The protesters informed the German public through posters that the mines planted by the Armenian Armed Forces during the occupation of Azerbaijani territories are a source of threat.

At the end of the rally, an appeal was adopted and transferred to the UN Campus. The authors of the appeal demand that pressure be exerted on the Armenian government in connection with the failure to provide Azerbaijan with the minefield maps.