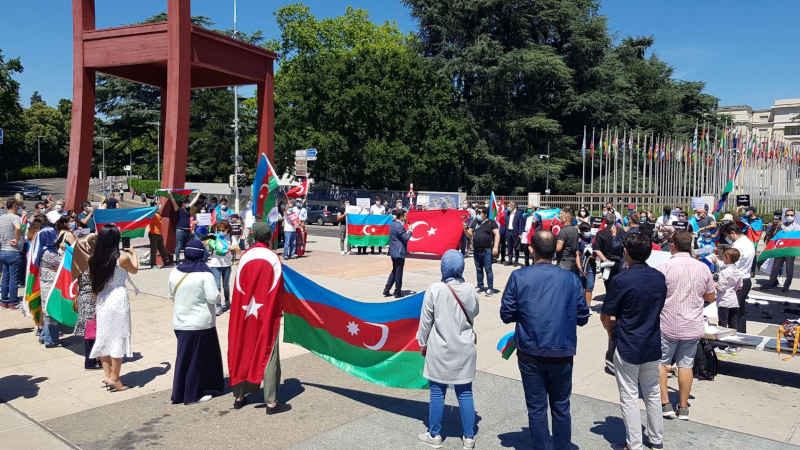 A rally was held outside the UN Office in Geneva in protest of Armenia’s recent military provocations in the direction of Azerbaijan’s Tovuz district along the two countries’ border.

The rally, organized by the Coordination Council of Swiss Azerbaijanis and the Azerbaijani Cultural Center in Switzerland, was joined by members of Azerbaijani diaspora organizations and representatives of Turkish communities, the State Committee of Azerbaijan on Work with Diaspora told News.Az

The rally participants expressed confidence that Azerbaijan, which respects international law and attaches great importance to human values, will stand strong in every test, and the Nagorno-Karabakh region will definitely be liberated from Armenian occupation.

They urged the UN to organize a mission to investigate Armenia’s military provocations and attacks.

Holding the flags of Azerbaijan and Turkey, the rally participants chanted slogans such as “Justice for Azerbaijan!”, “Nagorno-Karabakh belongs to Azerbaijan!”, “Stop Armenian occupation!”.