Azerbaijanis in Czech Republic call for end to Armenian aggression 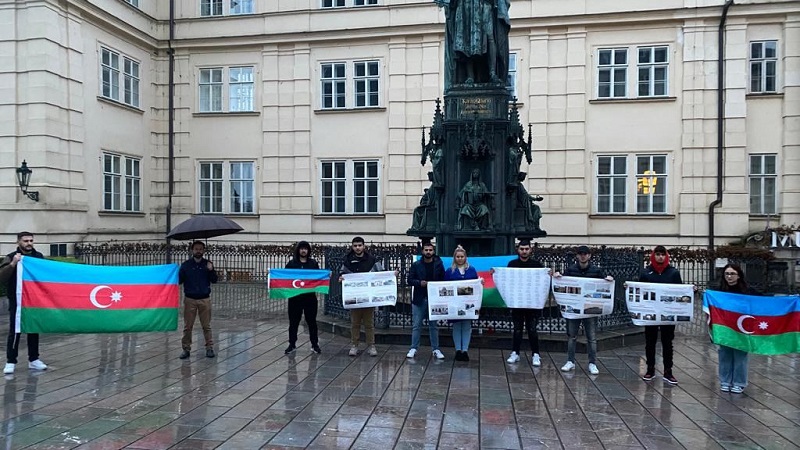 The Azerbaijani community in the Czech Republic held a sanctioned picket in the capital Prague, the State Committee for Work with Diaspora of Azerbaijan told News.Az.

During the picket held on Krizhovnitskaya Square, the community representatives protested against the large-scale provocation committed by the Armenian armed forces on the state border of Azerbaijan, drew the attention of the local public to the destruction of Azerbaijani cultural heritage, acts of vandalism committed by Armenia on Azerbaijani lands with the complete silence of international organizations, as well as factors hindering peace in the region.

The picket was organized by Azerbaijani diaspora activist Farid Amiraliyev.