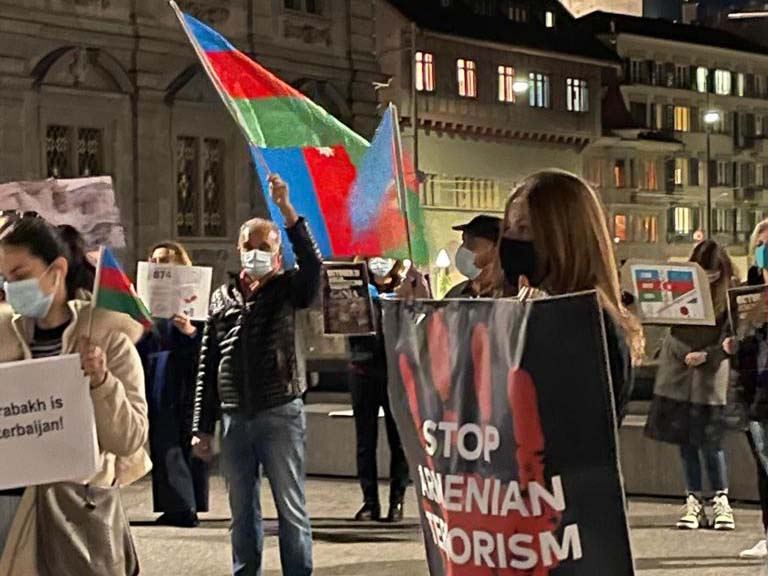 In Zurich, Swiss Azerbaijanis held a protest rally against the terrorist acts committed by the occupying Armenian Armed Forces against the civilian population.

The action was initiated by the Azerbaijani community in Switzerland with the support of the coordinators and members of the Board of Coordination Council of Azerbaijanis. The protesters said that heavy artillery shelling of Ganja and Barda cities, as well as other settlements of Azerbaijan, targeting of civilians, killing of 91 civilians, including children, in the regions and cities outside the frontline by the occupying Armenian army in the last month is a crime against humanity.

A number of posters reflecting Armenian vandalism were displayed at the rally, where the national anthem of Azerbaijan was performed, and the memory of the victims of the Ganja and Barda terror was commemorated.

Participants chanted slogans such as "Karabakh is Azerbaijan!", "Ganja is not a frontline region!", "Civilians are inviolable!", "We say no to terrorism", "Stop Armenian terrorism!", "Do not support the occupying state!", "Stop child mortality!", "Armenia, comply with UN resolutions!" in different languages. 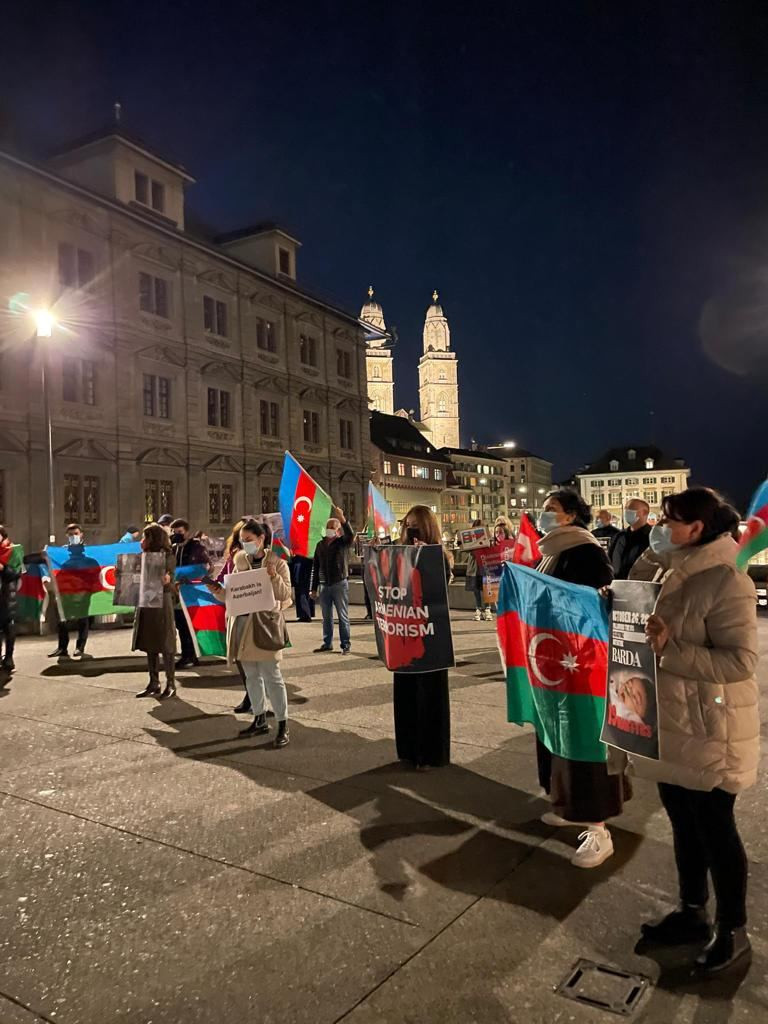 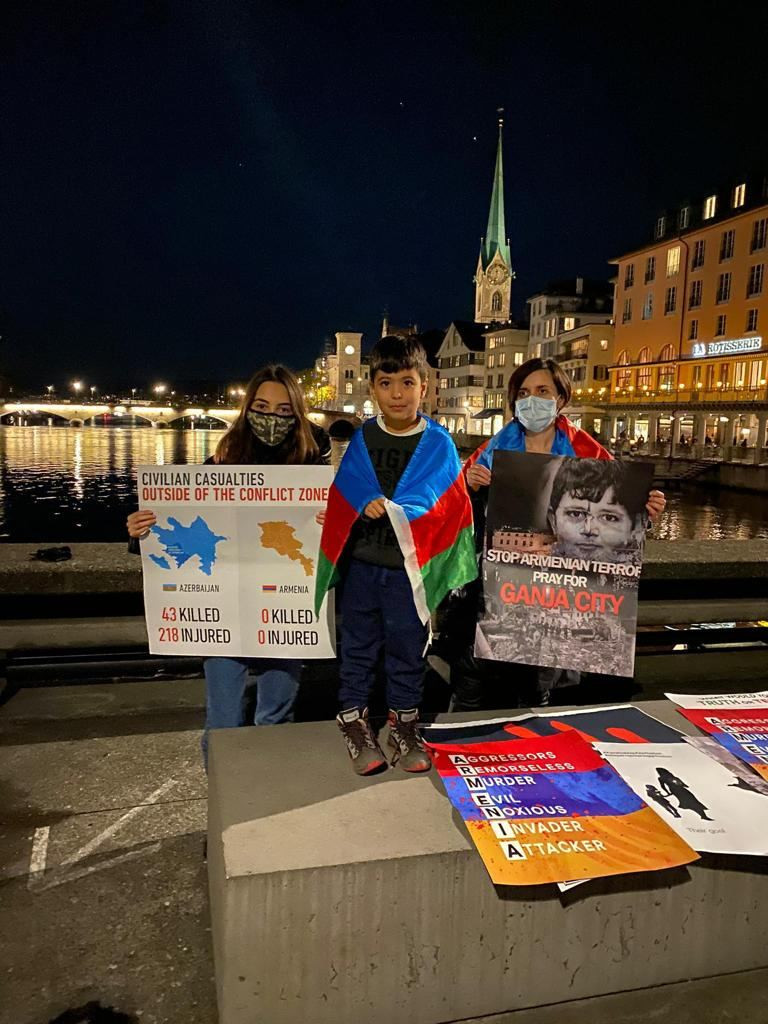 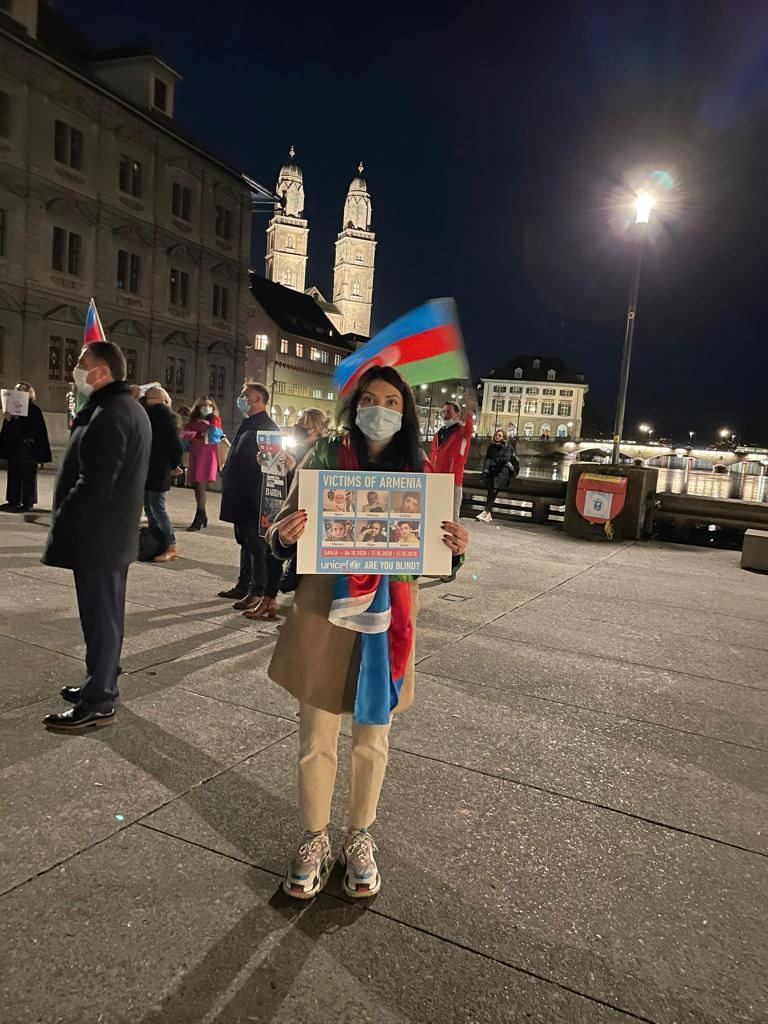