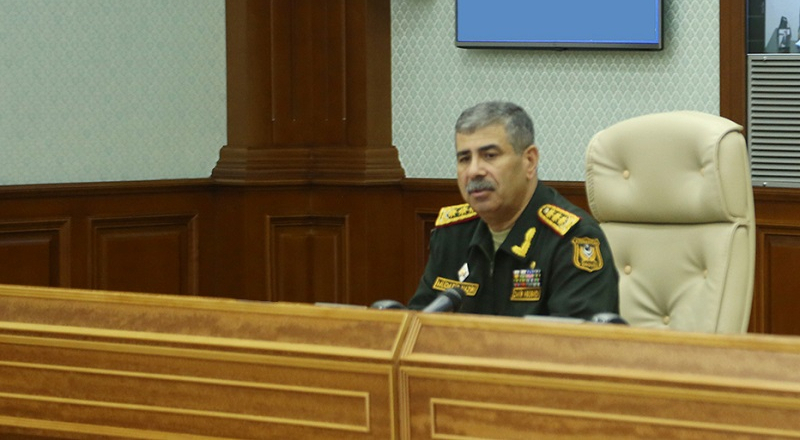 Minister Hasanov analyzed the situation that has occurred in recent days as a result of provocations by the Armenian armed forces on the Kalbajar and Lachin regions of the Armenian-Azerbaijani state border.

The minister conveyed to the meeting participants the instructions and tasks by President of Azerbaijan, Supreme Commander-in-Chief of the Armed Forces Ilham Aliyev in regard to the operational situations.

Emphasizing the issues related to the organization of service and combat activities, Minister Hasanov instructed the command of the military units stationed in the liberated territories to take decisive steps and urgent actions to suppress enemy provocations.