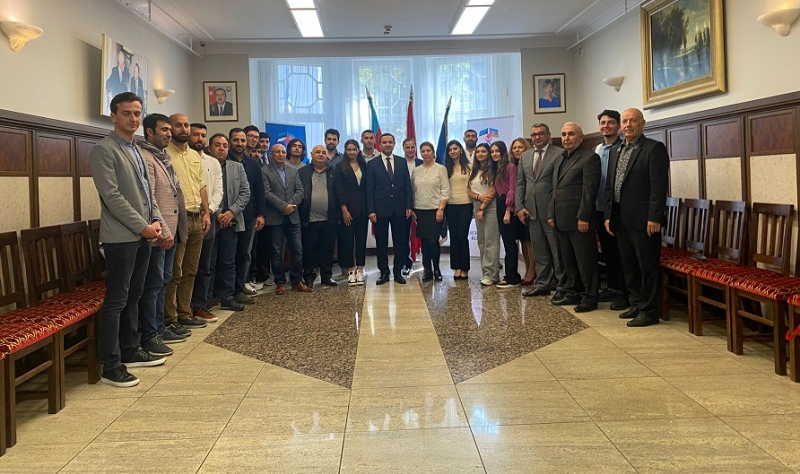 A meeting has been held with Azerbaijanis living in Estonia in the House of Azerbaijan in the capital, Tallinn.

The event, organized on the initiative of the Azerbaijani Embassy in Estonia, highlighted the activity of Azerbaijani communities aimed at protecting the country’s national interests abroad.

Touching upon Azerbaijan’s 44-day Patriotic War, the speakers emphasized that the glorious Azerbaijani Army, under the leadership of President of the Republic of Azerbaijan and Victorious Commander-in-Chief Ilham Aliyev, has liberated Azerbaijani territories from the occupation, saying that Azerbaijani Diaspora’s main goal is to deliver all the truth about Armenian vandalism committed on the liberated territories to the world, as well as the Estonian communities.

The organizers stressed the importance of continuing the activities of Azerbaijanis living in Estonia in terms of further development of friendly relations between the two countries.

The participants also exchanged views on the organization of joint events.