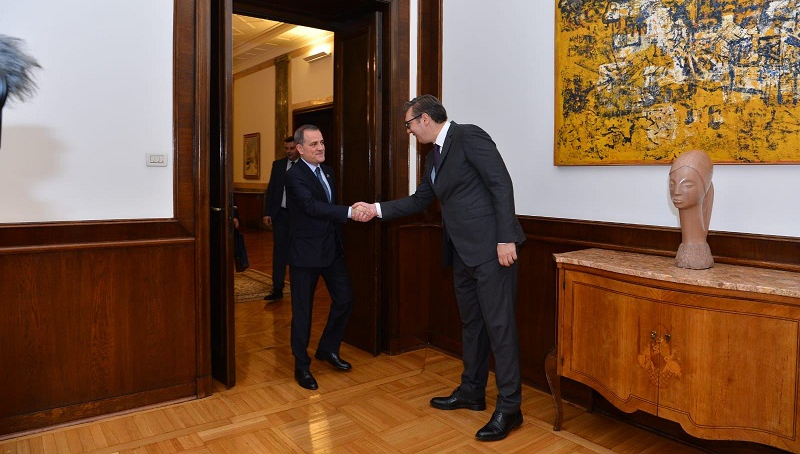 Azerbaijani Foreign Minister Jeyhun Bayramov was received by Serbian President Aleksandar Vucic on Tuesday as part of his visit to Belgrade, the Foreign Ministry told News.Az.

During the meeting, the parties praised the level of cooperation between Azerbaijan and Serbia, exchanged views on strategic relations. They also touched upon the significance of the signed documents between the two countries, and noted that these agreements will contribute to the expansion of bilateral ties.

In addition, Aleksandar Vucic invited Azerbaijani President Ilham Aliyev to pay an official visit to Serbia and asked to convey his invitation.

The parties also exchanged views on international and regional issues of mutual interest.