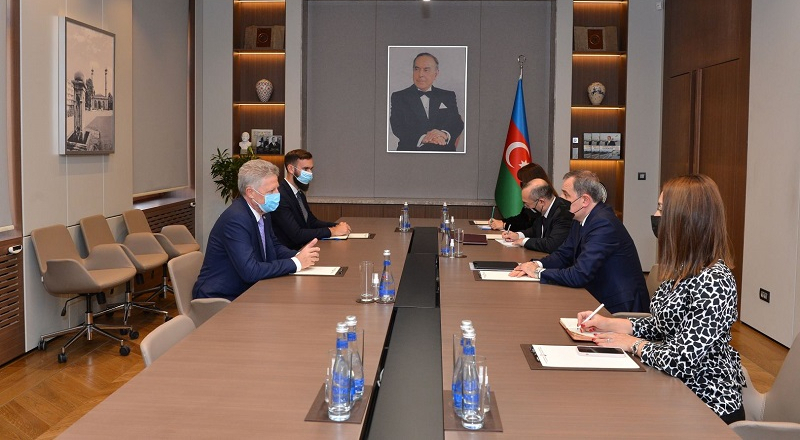 Azerbaijan’s Foreign Minister Jeyhun Bayramov received Ambassador of Argentina Sergio Osvaldo Perez Gunella upon the completion of the term of his diplomatic mission in the country, the Foreign Ministry told News.Az.

Bayramov appreciated the efforts of the ambassador in the development of Azerbaijan-Argentine relations and wished him success in his future activity.

Stressing that both countries respect the norms and principles of international law, the minister stressed that along with the development of bilateral relations, there is mutually beneficial cooperation within the international organizations.

Bayramov stressed that Perez Gunella served as an ambassador in a historical period for Azerbaijan.

The diplomat expressed gratitude for the support rendered during his diplomatic activity.

Perez Gunella said that despite the COVID-19 pandemic, there has been an increase in trade ties.

The ambassador added that during the period of his activity he attached special importance to the expansion of economic ties between the two countries.