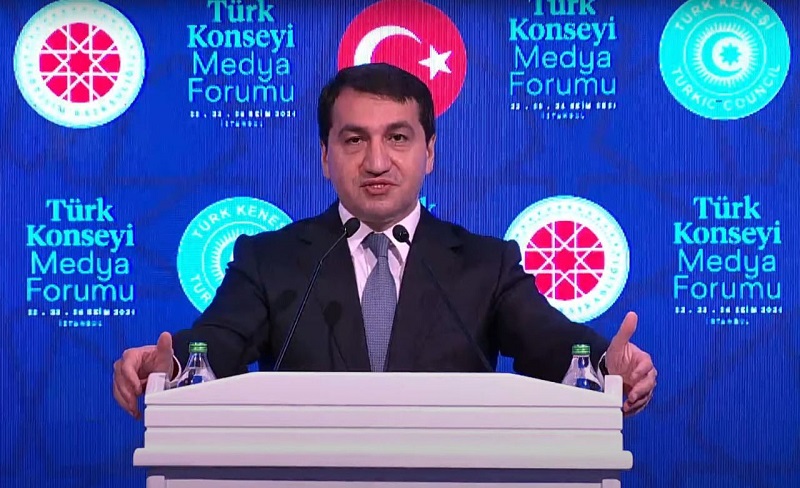 After the victory in the Second Karabakh War, Azerbaijan’s new main goal is the restoration of Karabakh, Hikmat Hajiyev, Assistant to the Azerbaijani President, Head of the Foreign Policy Affairs Department at the Presidential Administration, said at the Turkic Council Media Forum in Istanbul, News.Az reports.

Hajiyev recalled that cities and villages were completely destroyed during the 30 year-long occupation by Armenia of 20 percent of Azerbaijani territories.

“It’s impossible to imagine such a scale of destruction in the 21st century. Our goal is to call for peace to prevent recurrence of such events in the future,” the presidential aide said.

Hajiyev pointed out that Azerbaijan’s cultural heritage in the de-occupied territories was destroyed. “As many as 67 mosques in these territories were demolished, and livestock was kept in mosques, which is an insult to Islam,” he added.

The Turkic Council Media Forum, hosted by the Turkish Communications Directorate, is due to take place in Istanbul on October 22-24, with the theme “Deep-rooted Past, Strong Future.”