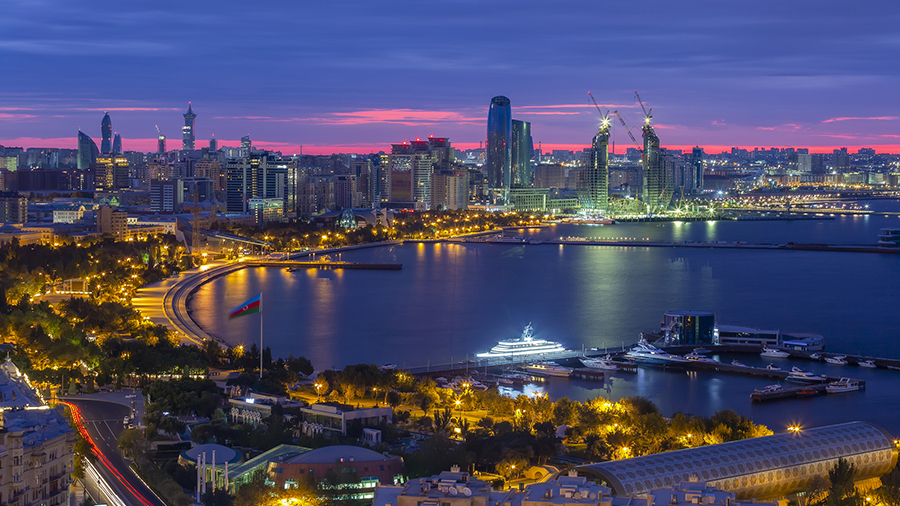 The National Interest magazine has published an article entitled “Azerbaijan’s pathway to a sustainable energy future.”

News.Az presents the article by Shahmar Hajiyev, a leading advisor in the Center of Analysis of International Relations, (AIR Center), in Baku, Azerbaijan.

Today, energy resources are necessary for economic development and social stability. The current energy system is highly dependent on fossil fuels, which comprised around 83.1 percent of the world’s primary energy consumption in 2020. According to the BP Statistical Review of World Energy 2021, the share of renewables in the energy mix rose to a record high of 5.7 percent, overtaking nuclear power. The recent energy crisis has shown that a sustainable energy future is highly important, and many states have started to develop renewable energy to diversify their energy resources and promote domestic energy production.

However, fossil fuels, especially natural gas, will continue to dominate global energy markets. Natural gas can be considered a cleaner “transition fuel” because it leads to the emission of less CO2 than coal. Another important fact is that natural gas supports renewable energy sources because it can quickly compensate for dips in solar or wind power supply and rapidly respond to sudden increases in demand. Notably, during the energy transition period, the share of natural gas in the European Union’s energy mix will be higher owing to its “Green Deal” goals. The viability of energy resources and the growing demand for them remain important factors in international energy politics.

The energy sector plays an essential role for Azerbaijan’s economy and, driven by its natural resources, the country’s energy production is strongly tied to fossil fuels. It should be noted that, in 2016, Azerbaijan signed the Paris Agreement on climate change, and the country aims to reduce greenhouse gas emissions by up to 35 percent by 2030. Azerbaijan has already started to develop its renewable energy capacity, and one of the country’s primary goals is to support a sustainable energy future. To this end, Azerbaijan’s national renewable energy policy is set out in the State Program on Use of Alternative and Renewable Energy Sources in the Republic of Azerbaijan. The State Program’s main objective is to promote power generation from renewable and environmentally sound sources and to utilize hydrocarbon energy sources more efficiently. The State Program also envisages increasing the country’s energy capacities through the utilization of alternative energy sources and thereby achieving energy security for the country.

The State Program has created support for assessing the country’s potential major renewable energy sources and for their use. Key sources of renewable energy in Azerbaijan are hydropower, wind, solar, biomass, and geothermal energy. The potential for solar and wind power generation is especially significant. The possibilities for wind-power development are very strong, especially on the Absheron Peninsula, the Caspian seashore, and islands in the northwest of the Caspian basin.

It is worth noting that the government is focusing on the development of a long-term energy strategy. This strategy will cover the period until 2050 and will reflect important areas such as electricity and natural gas supply, energy efficiency, and the use of renewables. As is clear from the strategy, the government intends to support a “twin-pillar” approach to promote sustainable energy for achieving its long-term goals. This process will help the country produce electricity using renewable energy sources while decreasing the use of natural gas for electricity production. For example, in 2020, the electricity generated from renewables made up about 6 percent of total production. Increasing the share of renewables in power generation will also decrease greenhouse gas emissions in the country. Therefore, as defined in “Azerbaijan 2030: National Priorities for Socio-Economic Development,” the country has incentives to prioritize becoming a “green growth” country by 2030.

Currently, Azerbaijan actively collaborates with Saudi Arabia’s ACWA Power energy company and Masdar from the United Arab Emirates. An agreement on a solar power plant project with a capacity of 230 MW has been signed with Masdar. According to Minister of Energy Parviz Shahbazov, “by signing these contracts for a solar power plant worth about $200 million, we are one step closer to our goals for the renewable energy and carbon emissions. The solar power plant to be built in Baku and Absheron district will produce about 500 million kWh of electricity annually, save 110 million cubic meters of natural gas, reduce carbon emissions by 200,000 tons, create new jobs, and attract other investors to new projects.”

Notably, another important project, the 240-MW Khizi-Absheron Wind Power Plant, will be built by ACWA Power. A ground-breaking ceremony was held on January 13, 2022, with the participation of Azerbaijani president Ilham Aliyev and Saudi minister of energy Prince Abdulaziz bin Salman al-Saud. Total investment for both projects is $400 million, and this overseas investment is economically significant as it will create many jobs and save natural gas. The Khizi-Absheron project, implemented through the attraction of foreign investment, will be the largest wind farm in the country. These investments will also stimulate future investment pathways. Azerbaijan has proved itself a reliable partner, and the economic and energy policies being implemented in the country create a favorable investment climate for foreign investors.

Most importantly, the Khizi-Absheron wind power project “will prevent the release of over 400,000 tons of carbon dioxide into the atmosphere and save 200 million cubic meters of gas per year. At the same time, it will help the country increase the share of renewable energy sources in the country’s energy system to 30 percent by 2030.”

Another important development is Azerbaijan’s plan to develop “green energy zones” in Karabakh. Aliyev has declared the Karabakh and East Zangazur economic regions green energy zones. These regions have great potential for renewable energy, especially hydro-energy. It should be noted that about 25 percent of Azerbaijan’s water resources rise in the Karabakh region, which creates favorable conditions for hydropower plants. In addition, the regions have potential for solar and wind power. According to preliminary calculations by the International Renewable Energy Agency, these regions have more than 4,000 MW of solar and up to 500 MW of wind-energy potential. Thus, the renewable-energy potential of these regions will allow the generation of electricity from these sources to supply the “smart cities and villages” that Azerbaijan is building in its liberated territories.

In sum, all the aforementioned facts show that Azerbaijan aims to diversify its energy mix, which will positively impact its energy security and sustainable development. Azerbaijan aims to transform itself into an “energy hub” exporting not only crude oil and natural gas but also electricity. The country already fully meets its domestic demand and exports electricity to neighboring countries. Azerbaijan has increased electricity production by 1.5 billion kWh, bringing the volume to 22.8 billion kWh in January–October 2021. Some 252.8 million kWh of electricity were exported to Iran, 318.6 million kWh to Turkey, 79.1 million kWh to Russia, and 505.5 million kWh to Georgia. The energy demand in neighboring countries and in Europe is growing year on year, and it is in Azerbaijan’s interest to increase the export of electricity in the coming years.