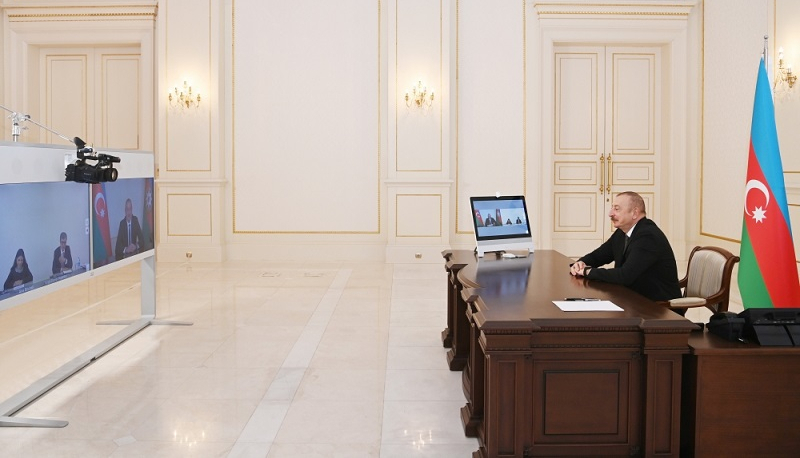 President of the Republic of Azerbaijan Ilham Aliyev has received in a video format Minister of Energy of Romania Virgil-Daniel Popescu and Special Envoy For Strategic and International Affairs Ana Birchall.

Minister of Energy of Romania Virgil-Daniel Popescu pointed to the letter of President of Romania Klaus Iohannis to President Ilham Aliyev on the occasion of the 30th anniversary of the establishment of diplomatic relations and the invitation of the President to visit Romania.

The head of state asked the minister to extend his gratitude to the Romanian President for the letter.

During the conversation, the sides noted that relations between Azerbaijan and Romania are based on the principles of strategic partnership, and in this regard underlined the importance of the signed Joint Declaration on Strategic Partnership.

They expressed confidence that Virgil-Daniel Popescu’s visit to Azerbaijan would contribute to the expansion of energy cooperation between the two countries.

The sides pointed out the Azerbaijan-European Union relations at the meeting. They hailed the successful development of bilateral ties and described the signing of documents on strategic partnership between Azerbaijan and nine EU member states as a good indicator of this.

The sides exchanged views on prospects for cooperation.