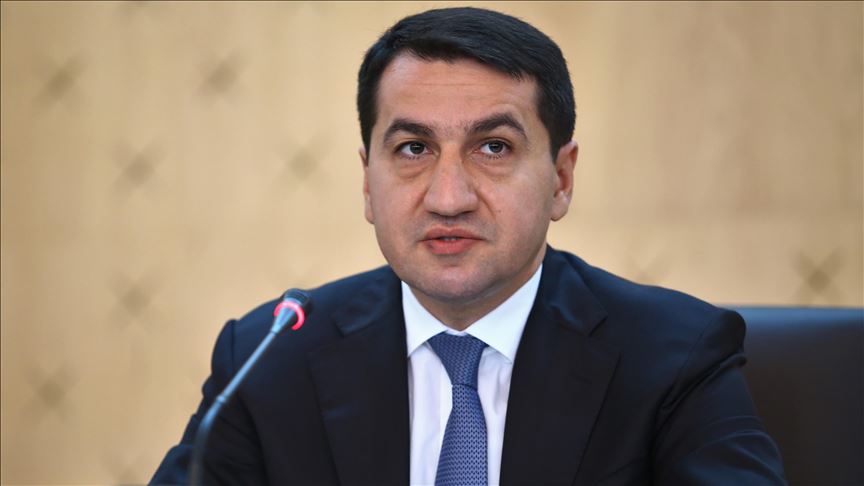 Assistant to the President of Azerbaijan, Head of the Foreign Policy Affairs Department at the Presidential Administration Hikmat Hajiyev made a post on the occasion of the 30th anniversary of the Khojaly genocide, News.Az reports.

“Eyes which have seen too much! Photo in poster belongs to Lefkhanim, Survivor of the Khojaly genocide. She shared atrocities of Khojaly by Armenians to Azerbaijani journalist in 1992 when she was 9 and was filmed. Her father killed in her presence. She cannot forget those memories,” Hajiyev tweeted.

During the First Karabakh War, on Feb. 25-26, 1992, the Armenian Armed Forces, supported by the 366th infantry regiment of Soviet troops, stationed in Khankendi city, committed an act of genocide against the population of the Azerbaijani town of Khojaly.